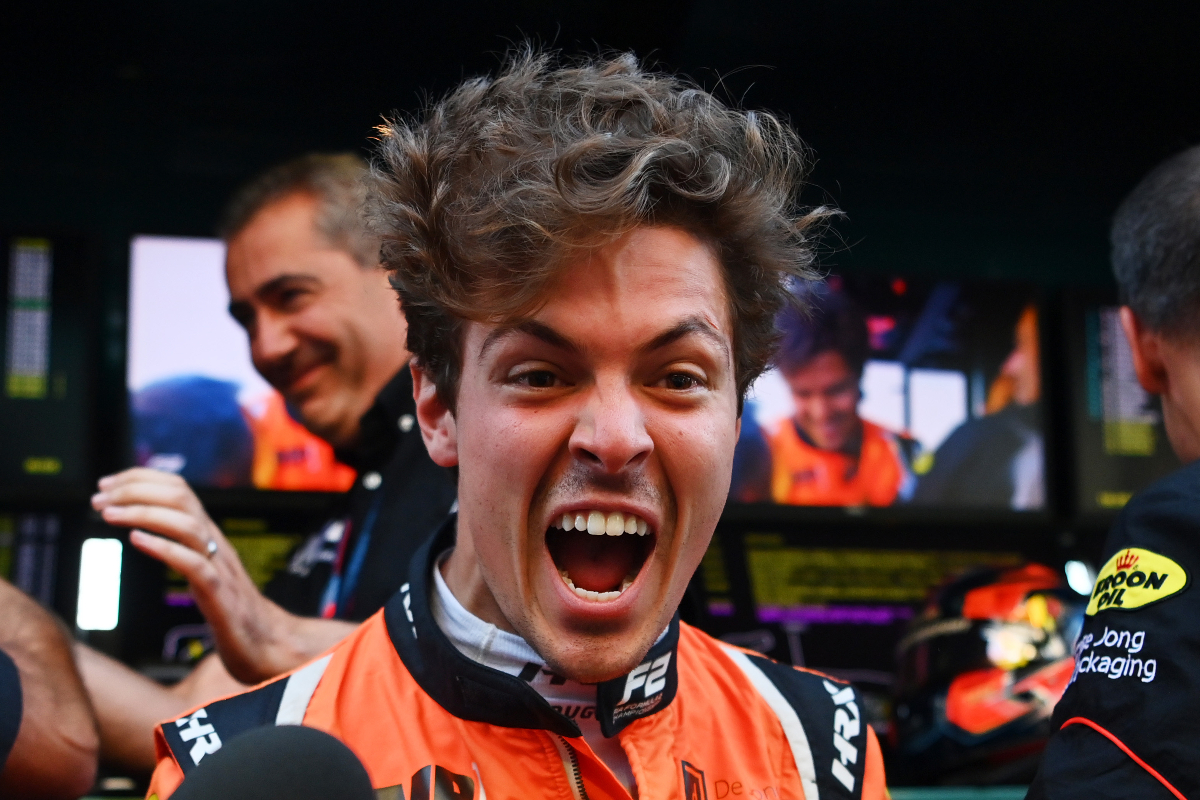 ART Grand Prix’s Theo Pourchaire, who needed to at least finish in fifth place to keep his title hopes alive, finished 17th and last after an eventful race where he earned a five-second time penalty for an on-track incident.

Reversed grid poleman Frederik Vesti retained first place after the opening lap, whereas Carlin’s Logan Sargeant, who started alongside the Dane, dropped back to fifth place due to a slow getaway. Vips, DAMS’ Ayumu Iwasa and Prema’s Jehan Daruvala moved up to second, third and fourth place respectively in the process.

Contact between Van Amersfoort Racing’s Amaury Cordeel and Drugovich at the exit of the della Roggia chicane brought the race of the eventual champion to an early end. Cordeel did not leave enough space for Drugovich, who had his front-left tyre next to the Belgian’s right-rear, and the hit broke the steering of Drugovich’s car.

The safety car was deployed at the end of lap one to recover Charouz Racing System’s Tatiana Calderon and Campos Racing’s Olli Caldwell, who had come together at the exit of the first chicane.

Racing resumed at the end of lap three with Vips taking the lead from Vesti at turn one. Meanwhile Pourchaire made moves on Campos’s Ralph Boschung and Cordeel as he tried keeping his title hopes alive.

On lap seven, MP’s Clement Novalak and Boschung touched as the former tried to overtake around the outside going into the della Roggia chicane and the latter closed the door. Both drivers came into the pits and retired at the end of the lap.

Vips enjoyed a two-and-a-half seconds lead at mid-distance, while Vesti ran comfortably in second place. Behind them, Daruvala and Sargeant got past Iwasa, who struggled for pace and dropped back in the order and out of the points. The Red Bull junior was then handed a five-second penalty for leaving the track and gaining an advantage.

Pourchaire’s early progression was soon halted. After several laps stuck behind Carlin’s Liam Lawson, he went to overtake at the inside of turn one. The pair went side-by-side through the chicane, and the Sauber junior was left without space at the exit, which meant he put his right wheels into the gravel and dropped to the back of the pack.

Lawson came on top of his battle with Virtuosi Racing’s Jack Doohan in the coming laps of the race to finish seventh, which would become sixth after a five-second time penalty was applied to Hitech’s Marcus Armstrong.