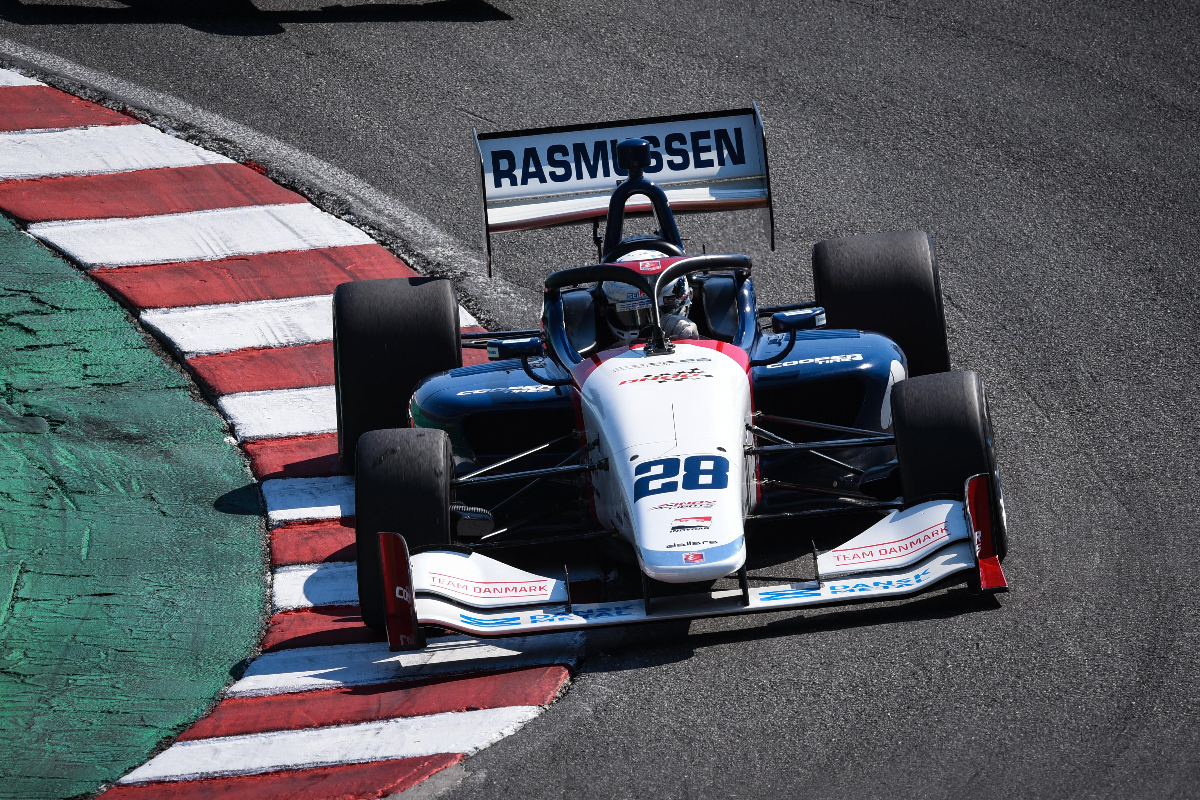 Andretti Autosport’s Sting Ray Robb and Christian Rasmussen picked up the pole positions for the final round of the Indy Lights season at Laguna Seca.

Benjamin Pedersen continued his strong form by going fastest early in Q1. He remained at the top of the order with a time of 1m15.8297s until a late flurry of laps knocked him down the order.

Robb, who had jumped up to second and was 0.0055 seconds off Pedersen, improved as he took the chequered flag to go fastest. His final lap stood at 1m15.7209s.

Rasmussen was the last driver to improve, jumping up to second and going just 0.0767s slower than Robb. It pushed Pedersen dropped down to third, ahead of Hunter McElrea and points leader Linus Lundqvist.

Matthew Brabham remains the only driver mathematically in the title fight with Lundqvist, though he will need to win both races and lead more laps than anybody while Lundqvist fail to start in order to win. He went sixth fastest in Q1, but was then excluded from the session for “violation of the driver equivalency weight rule”, meaning he will start 13th and last for Saturday’s race.

Danial Frost was third after the first flying laps, but dropped backwards as others found improvements. While he did improve on his final lap it was only enough to put him seventh, ahead of Kyffin Simpson and debutant Nolan Seigel.

Christian Bogle was the only driver to run into issues in Q1 as he spun at the Corkscrew. The incident was covered under yellow flags and he managed to get going again, though he qualified at the back of the field.

Q2 took place just after Q1 and was just as closely contested, with Rasmussen prevailing by a tiny 0.0170s over Lundqvist.

Robb had got even closer, qualifying within 0.0165s of Rasmussen’s best, but then had his two fastest laps deleted. It knocks him down to third on the grid for the finale, ahead of the closely matched Pedersen and Brabham.

McElrea also had his two fastest laps deleted, both drivers being punished for intefering with another’s session, and ended up qualifying down in ninth.