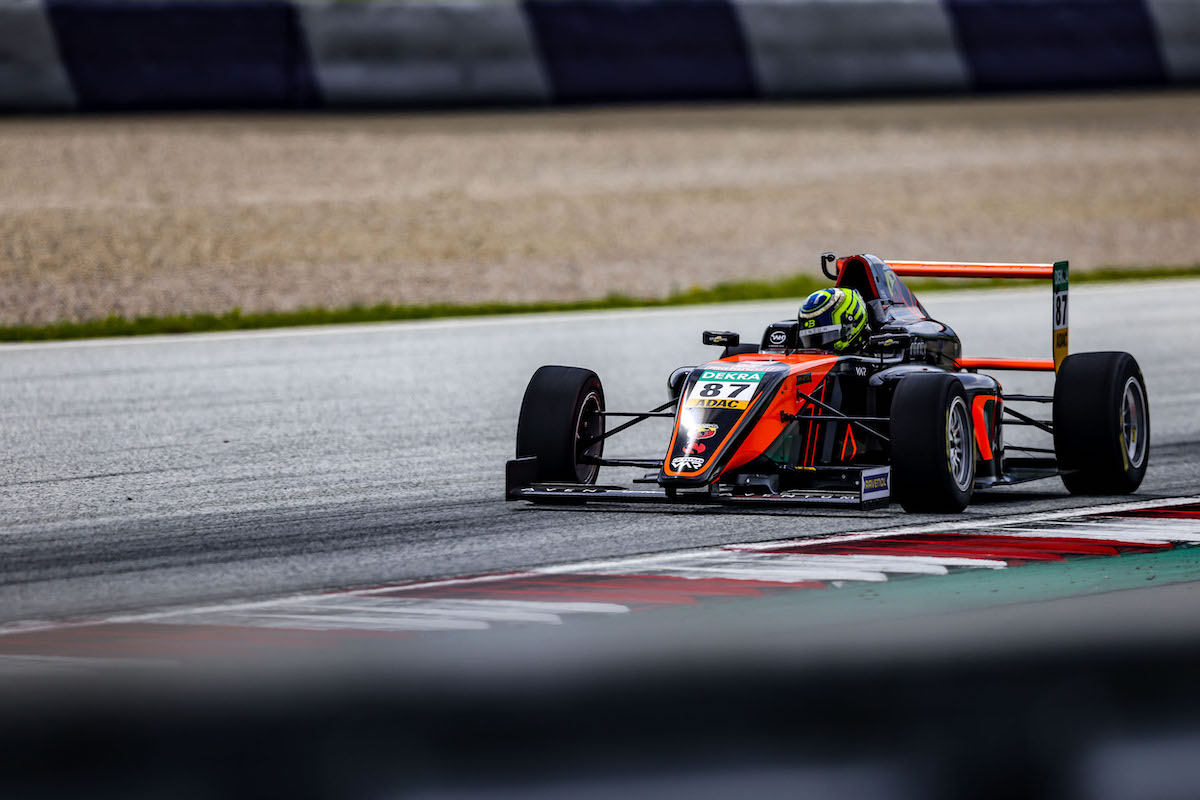 Ollie Bearman beat Tim Tramnitz off the line on his way to another win in the second race of the ADAC Formula 4 season at the Red Bull Ring.

US Racing driver Tramntiz started from pole position but made a slow getaway in contrast to Van Amersfoort Racing’s Bearman, who swept into the lead well before the first corner.

Bearman’s attempts to pull away were interrupted by a safety car in the early stages, but after the restart the Briton was never challenged and finished up 2.9 seconds clear as he took his second win of the day.

Tramnitz finished one second ahead of Leonardo Fornaroli, who held third place throughout for Iron Lynx and clinched his first podium in the German series.

Josh Dufek took fourth position after keeping Luke Browning at bay. Browning had passed Sebastian Montoya for fifth on lap four, shortly before the safety car came out to recover the stopped car of Bence Valint.