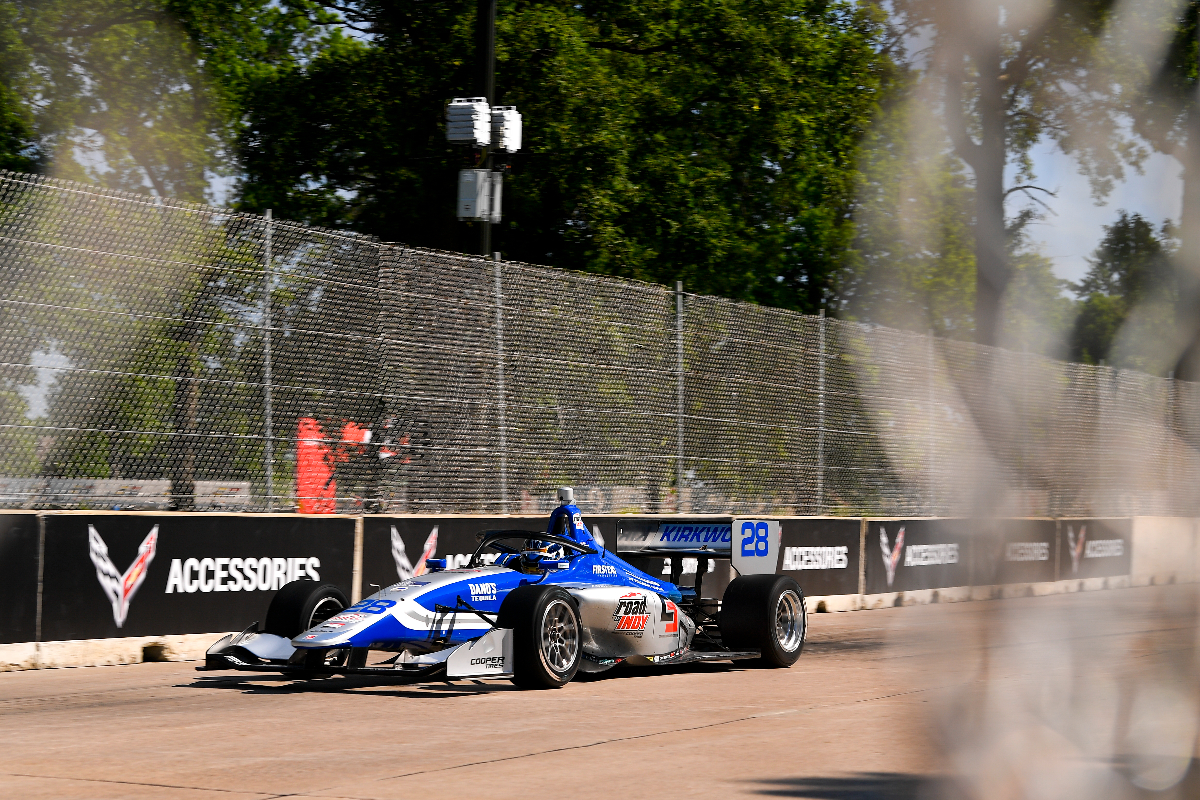 Andretti Autosport’s Kyle Kirkwood became the first winner of an Indy Lights race on the streets of Detroit since 2012 by holding off Linus Lundqvist on Saturday.

Kirkwood started from pole and led the entirety of the 25-lap race, with a gap that did grow to 1.75 seconds at one point. However Global Racing Group with HMD Motorsports driver Lundqvist kept the pressure on Kirkwood in his mirrors.

In the final few laps Lundqvist used his push-to-pass system to rapidly close in on the leader but he didn’t get close enough in the final few corners to think about making an overtake and had to settle for second.

Juncos Racing’s Toby Sowery came third, initially keeping with the top two and trading fastest lap with them but dropping off towards the end and finishing over six seconds behind Kirkwood.

Alex Peroni finished a clear fourth for Carlin with Jay Howard Driver Development, while HMD’s David Malukas was an impressive fifth after missing out on laps earlier in the weekend to a practice crash.

He managed to just about stay ahead of Andretti’s Danial Frost, and a battle for seventh that got dramatic at the end.

Initially it was a battle between GRG with HMD’s Benjamin Pedersen and Andretti’s Robert Megennis before Pedersen dropped down the order, and then it converged towards the finish with Megennis fighting with Andretti stablemate Devlin DeFrancesco and Juncos’s Sting Ray Robb.

DeFrancesco made contact with Robb but was the fastest of the three cars in battle and threaded his way through into seventh, with Megennis then falling into the clutches of HMD’s Nikita Lastochkin who got past Robb for ninth.