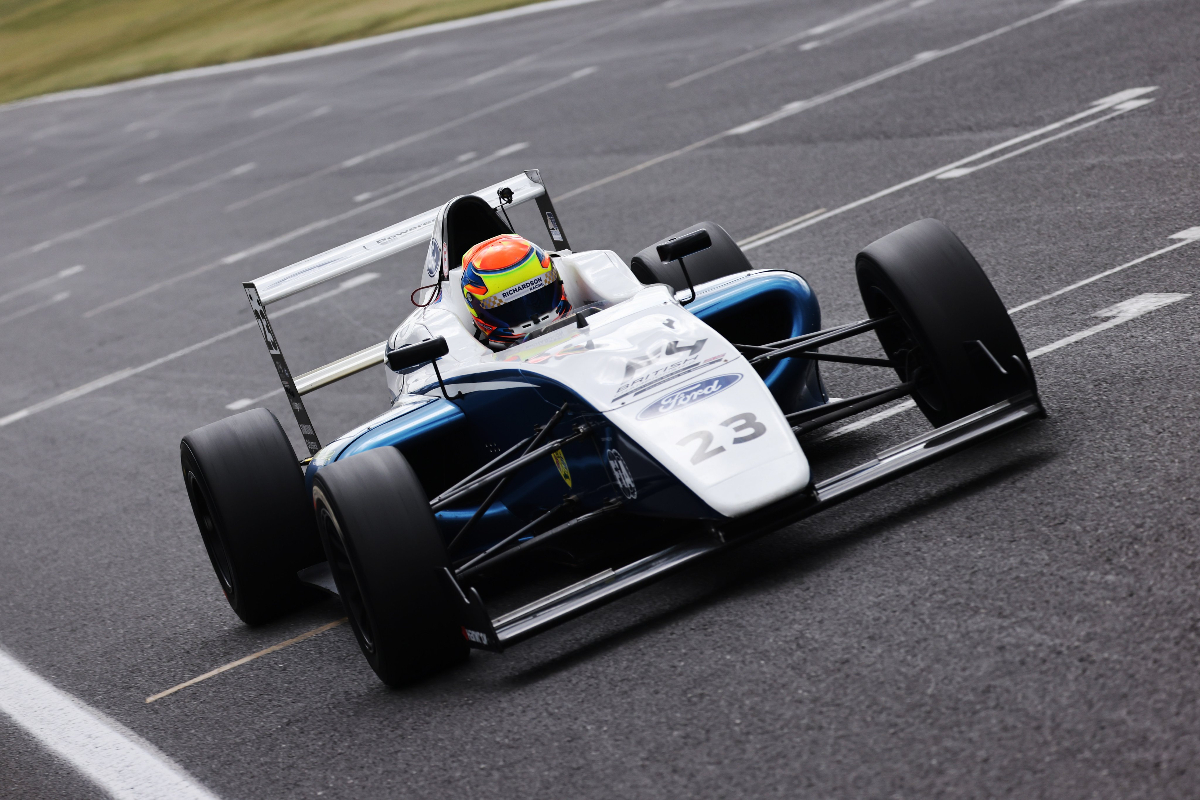 Dimitrov started third on the grid after a difficult qualifying. He had ended qualifying bottom of the timesheet, but a deleted laptime was reinstated, moving him two places up the overall order and putting him on the second row of the grid for race two.

He got a good start off the line and was challenging Arden’s front-row starters Thomas Ikin and David Morales, but couldn’t hold on as they went side-by-side and he dropped down to fourth.

Dimitrov was able to stick with the race leaders though, as the entire field remained bunched together in the opening laps. A small mistake for Morales gave him the opportunity to reclaim third.

The top three managed to break away, and Dimitrov swept past Ikin and Carlin’s Kai Askey to take the lead.

Once ahead, he rapidly opened up a gap and took the chequered flag more than five seconds clear of the rest of the field.

The race went from bad to worse for Morales, who had a wide moment that dropped him to the back of the field. He was shown the black-and-orange flag, instructing him to come into the pits, but stayed out and was later shown the black flag.

Arden’s Zak Taylor moved into fourth after Morales’ incident and closed in on the battle for second. He kept the pressure on Askey and managed to sweep up the inside of him late in the race to take third.

Askey took fourth ahead of Joel Granfors, who closes the gap to Fortec Motorsports team-mate James Hedley at the top of the standings. Hedley could only finish 11th.

Carlin’s Dougie Bolger held off Argenti Motorsport’s charging Marcos Flack, who started at the back of the grid, to finish sixth.