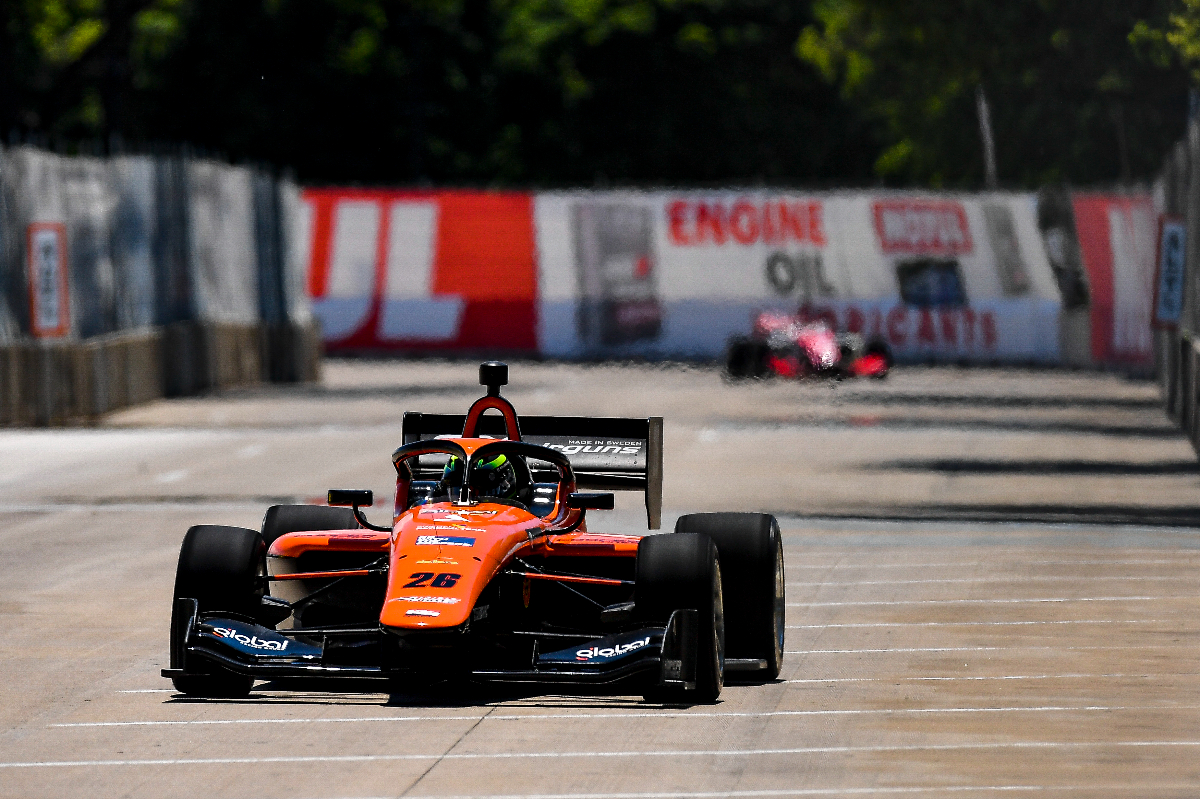 The session was originally scheduled to run for 20 minutes, down on the usual 30, and six minutes in red flags were waved as Pserra Racing’s Antonio Serravalle crashed.

It took five minutes for his car to be recovered and the session to restart, with Carlin with Jay Howard Driver Development’s Christian Bogle the driver on top of the times as the field left the pits.

Bogle was knocked off provisional pole with six-and-a-half minutes left to run, as Andretti Autosport’s Kyle Kirkwood went to the top with a 1m26.2420s lap. He broke into the 1m25s with his next effort, but as one of the first to cross the line he had marginally less grip on a track that was continually evolving.

HMD Motorsports’ David Malukas, who damaged his gearbox in a practice crash on Friday but was still able to contest Q1, bettered Kirkwood’s lap and then Lundqvist did the same with an even faster effort and the first sub-1m25s lap.

Kirkwood regained first place with just under four minutes to go, but again the drivers running behind him had the advantage and Malukas moved into provisional pole. Lundqvist didn’t improve that time around, but he did on his next lap to a 1m23.6311s.

He and Malukas continued to get faster when with 28 seconds left of the session Devlin DeFrancesco crashed and red flags were waved again. That denied Kirkwood the opportunity to respond to the HMD drivers’ pace, and meant Lundqvist took pole with a 1m23.5678s lap, 0.1609 seconds faster than Malukas and 0.3485s faster than Kirkwood.

Andretti pair Robert Megennis and Danial Frost were the only other drivers within a second of the pace, while Juncos Racing’s Toby Sowery qualified seventh after briefly featuring towards the top late on.