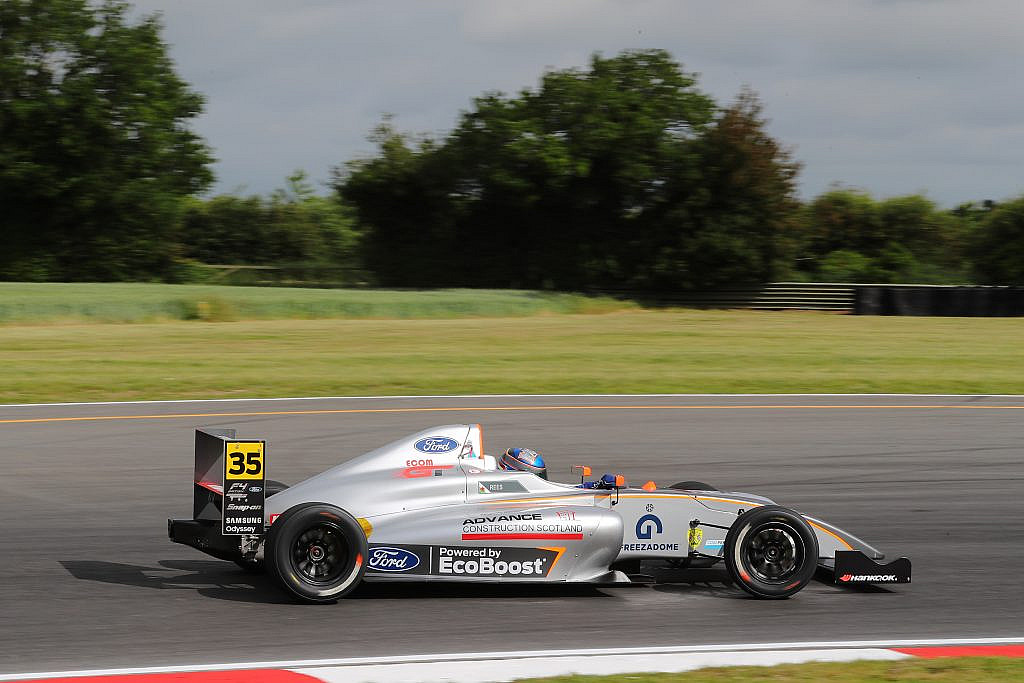 Matthew Rees converts pole position to his maiden car racing victory with a dominant performance in the opening British Formula 4 race at Snetterton.

The JHR Developments driver was untouchable throughout the race. He gradually built a gap to the rest of the field as championship leader James Hedley battled to keep second position.

By the chequered flag, Rees was 5.630s ahead of Hedley and jumps up the standings with his breakthrough result.

Most of the drama throughout the race was in the battle for the lower podium positions.

Hedley took second from Cresswell, but was unable to shake off the rookie. As Hedley was forced to defend against Cresswell, Rees was able to break away and deny anyone behind him from the advantage of a tow.

The trio were joined by Argenti Motorsport’s Marcos Flack and JHR’s Joseph Loake, who briefly made it a five-way fight for position.

As Gray turned to defence, Hedley and Cresswell were able to break away. Cresswell couldn’t reclaim second, finishing 0.744s back as Hedley took his fourth podium from four races this year.

Gray held onto fourth ahead of Flack, who set the fastest lap of the race in the closing stages.

Abbi Pulling and Loake were nose-to-tail on the final lap, going side-by-side in the final few corners. Pulling was just able to get her nose ahead to take sixth ahead of her JHR team-mate.