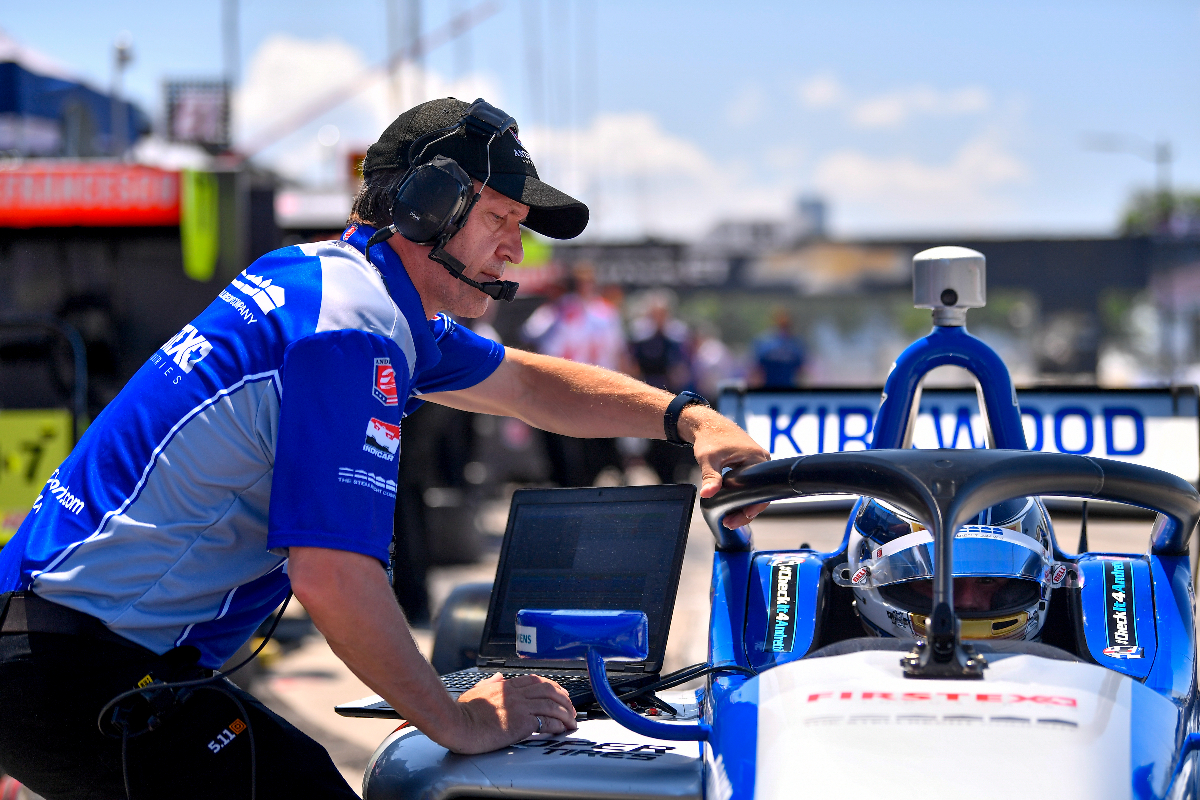 Andretti Autosport’s Kyle Kirkwood topped free practice and qualifying on Indy Lights’ return to Detroit, and he says access to his team’s IndyCar data has helped him set the pace.

Of Indy Lights’ five main teams, Andretti and Carlin are the only two squads that also run full-time in IndyCar and therefore have raced on the Belle Isle street circuit over the last few years.

Andretti has won IndyCar’s Detroit GP three times before, and that experience that has helped its Indy Lights operation be the team to beat this weekend.

“I’ve got to give it off for the team,” said Kirkwood after claiming pole for the first race of the Detroit double-header.

“Andretti has done an awesome job just getting the car prepared for here, and we were able to take some of our other set-ups from the other street courses and kind of apply it here.

“But what is a game-changer is that we can look at all the Andretti IndyCar stuff, and it just allowed us to try to figure out the car a little bit more.

“So we started off quick here in the practice, and fortunately we were really quick there in the qualifying, but the track’s going to keep evolving like every street course does and hopefully we can keep the pace that we have currently.”

It was the American’s second pole of his rookie season, and he will be going for his second win of the year after claiming his first on the St. Petersburg street circuit back in April.

The heat then made for an challenge for tyre management in Indy Lights, and it could be the same in Detroit.

“It’s a lot hotter here, there’s not much time to relax,” Kirkwood said.

“Because you’re going down the straights and you’ve got these bumps and you’re just hanging on to the wheel the entire time. It’s the first time here, so the visuals, everything comes quicker at you, it’s not really muscle memory at the moment.

“It’s hot, it’s tough, it is a tough track. I feel for the IndyCar guys with the aeroscreen how hot it is in there.”