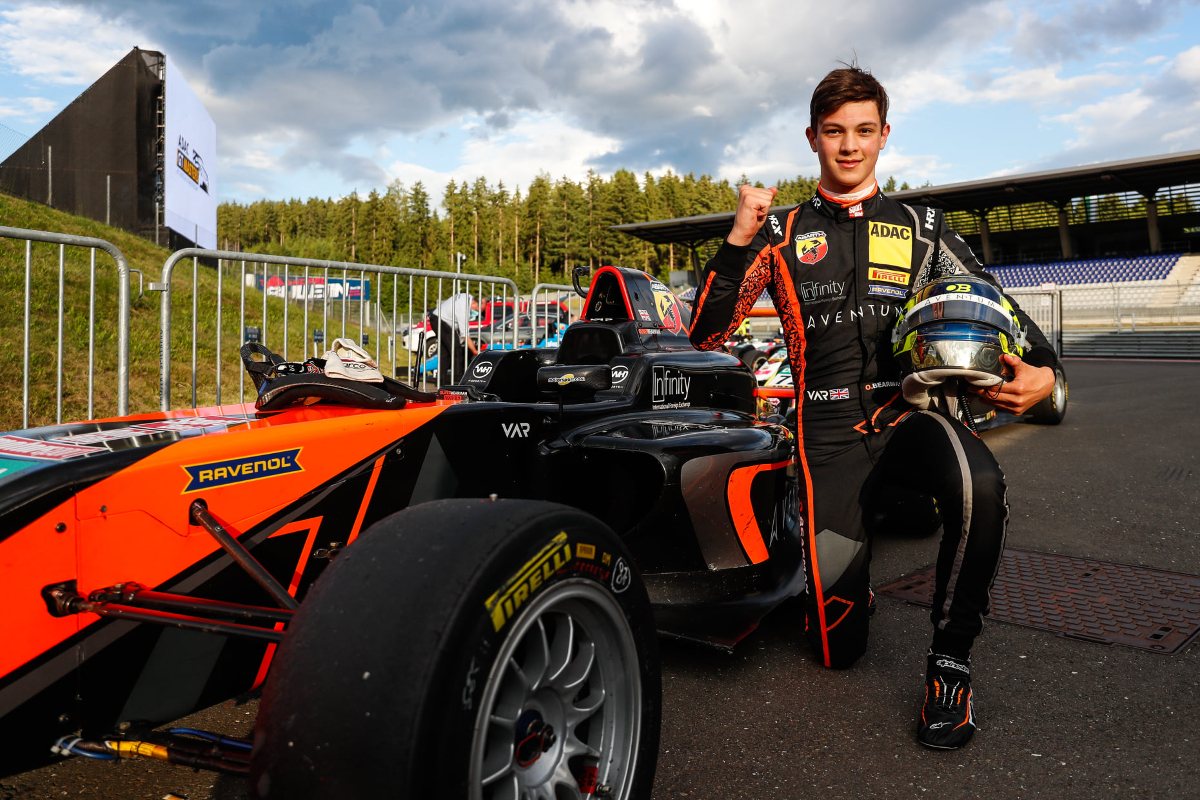 Ollie Bearman led lights-to-flag in the opening race of the ADAC Formula 4 season at the Red Bull Ring.

The Van Amersfoort Racing driver started from pole alongside team-mate Joshua Dufek, but a poor start by the latter meant it was Prema’s Sebastian Montoya who ran in second going into the first corner.

However the Colombian didn’t have an answer to Bearman at first, with the leader pulling away through the first half of the race. While Montoya decreased the gap by a few tenths of a second as Bearman relaxed at the front, he then fell out of sight of Bearman’s mirrors in the closing laps as team-mate Kirill Smal started applying pressure.

Montoya mostly avoided the frantic action that surrounded the battles for all the positions below him, with Dufek initially disputing third with US Racing’s Tim Tramnitz and Luke Browning.

Dufek made a steady decline down the order, while Browning fell out of the points on lap two as team-mate Tramnitz sent him gravel-bound at the Niki Lauda left-hander and he had to use quick reactions to get back on track.

Iron Lynx’s Leonardo Fornaroli was also in that battle until he repeatedly started going off at the final corner, a mistake Dufek made too that put him in the barriers – but without too much lasting damage.

Fornaroli was helped somewhat position-wise by having Prema’s Kirill Smal and Tramnitz battling behind him, with Smal forcing Tramnitz off track in defence, but they eventually both cleared the Italian.

Browning meanwhile embarked on a recovery that had him battling with team-mate Vlad Lomko and Dufek. He escaped them, and started closing in on two of R-ace GP’s drivers ahead just as they began to move closer to the podium battle.

It all converged in the final two laps, even while the Gosser right-hander became off-limits for passing due to Prema’s Hamda Al Qubaisi beaching her car in the gravel after being hit by BWR Motorsports’ Valentino Catalano, with Montoya fending off Smal while Tramnitz fought pass Fornaroli. He then went for Smal too but couldn’t do it and finished fourth.

Fornaroli ended up fending off R-ace’s Victor Bernier for fifth at the end, with Browning’s progress stunted in seventh and the second R-ace car of Sami Meguetounif going wide late on and finishing a distant eighth.

Dufek, despite falling down the order and hitting the barriers, finished not too far behind in 11th.