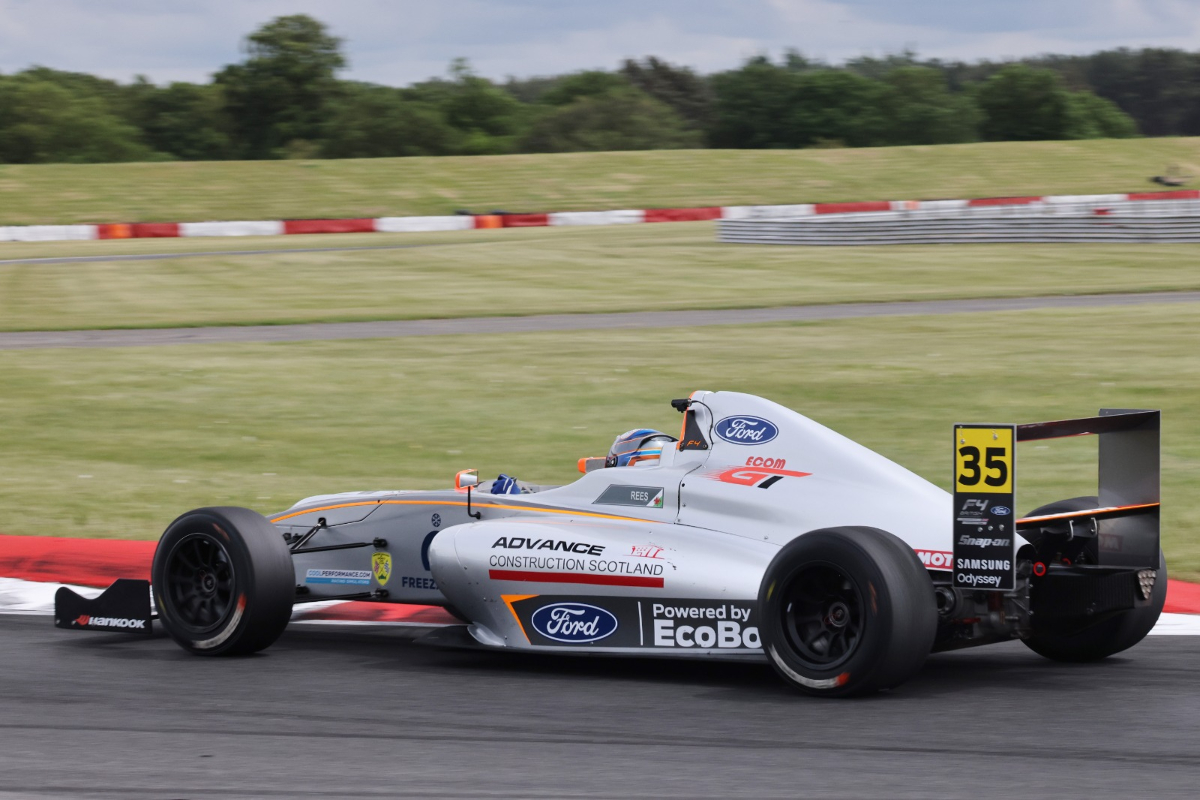 The JHR Developments driver was the only person able to set a sub-1m52s lap in qualifying for the second round of the season, following up on the double pole he claimed at the Thruxton season opener.

His 1m51.752s lap put him 0.358 seconds ahead of Fortec Motorsports’ Oliver Gray, who jumped up the order with his final lap of the session to go second.

Rees found consistent improvements throughout the session, gradually lowering the benchmark. While others did sit on provisional pole at points, Rees always bounced back to the top of the order on the following lap.

The consistency puts him on pole for the final race of the weekend, the grid for which is set by each driver’s second-best laptimes.

Rees’ JHR team-mate McKenzy Cresswell was third quickest overall, and second on the race three grid, ahead of Argenti Motorsport’s Marcos Flack who was consistently at the front of the field and Joseph Loake.

Championship leader James Hedley did briefly top the order, but couldn’t keep up with the rate of improvement of the rest of the field. The Fortec driver also had a number of laptimes removed for exceeding track limits. He ended the session ninth quickest overall, just behind Argenti’s free practice pacesetter Matias Zagazeta.

Georgi Dimitrov will start on pole for the reversed grid race after ending qualifying at the bottom of the order. He was unable to compete in the opening round of the season on health grounds, and makes his debut this weekend. Dimitrov had good pace throughout the session, but a series of laps disallowed for track limits violations dropped him down the order.

Arden’s championship newcomer David Morales will start alongside him on the race two front row.