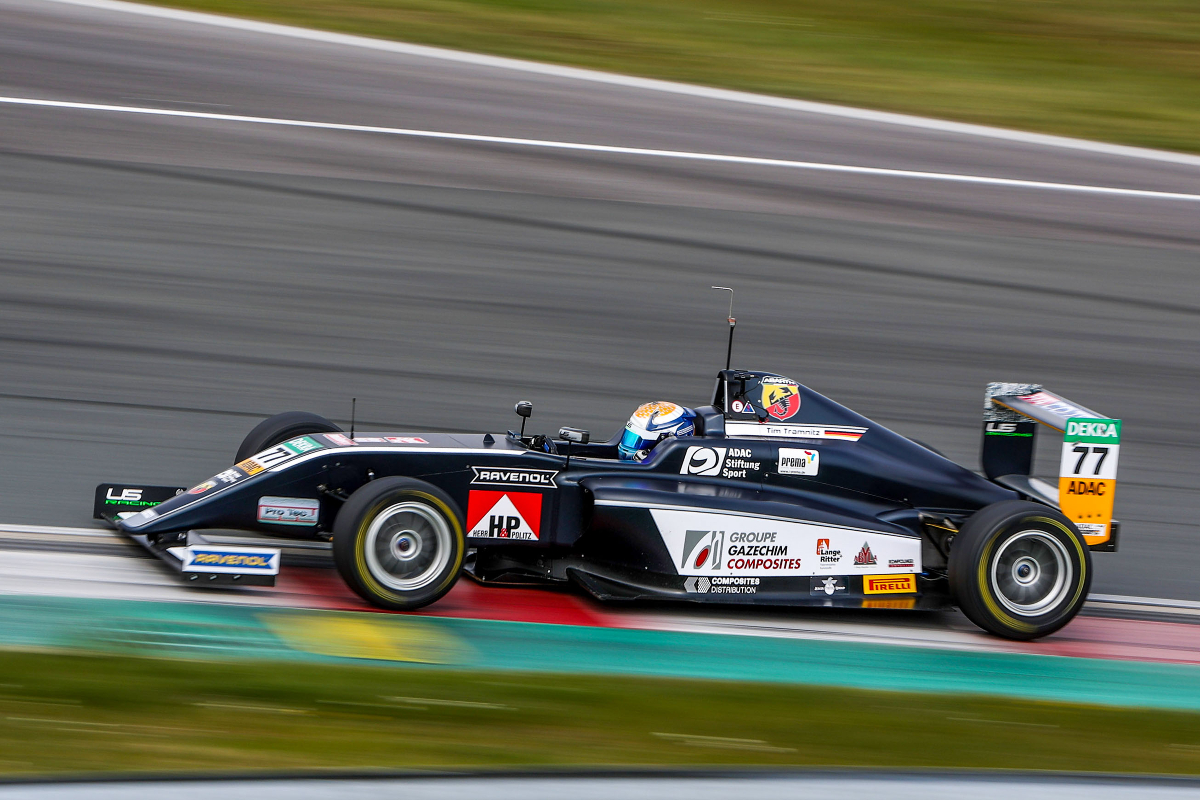 Tim Tramnitz has been awarded pole for race two of the ADAC Formula 4 season opener at the Red Bull Ring following what Formula Scout understands was a race control error.

The second qualifying session of Friday ended with Van Amersfoort Racing’s Ollie Bearman having set the pace ahead of US Racing’s Tramnitz by 0.205 seconds, but several teams protested the result as the session was split in two by a red flag.

Prior to the red flag, Tramnitz had been fastest with a 1m31.226s lap while Bearman was 0.036s slower in second place.

As that stoppage came with less than five minutes left of the session remaining, on-track action should not have then restarted according to the championship regulations.

However the race director forgot and called for green flags to be waved, and so the drivers went back out to finish qualifying. With 27 seconds left of the session to go, Bearman went fastest with a 1m31.021s lap and snatched pole from Tramnitz.

After the chequered flag was waved, Prema’s Sebastian Montoya also rose up to third place on the timesheet too but all improvements that came after the red flag have now been scrubbed following the protest and the final results of the session appear are taken from before the stoppage.

This means Tramnitz takes his first series pole ahead of Bearman, with Iron Lynx’s Leonardo Fornaroli and VAR’s Joshua Dufek now filling the second row of the grid. Montoya will now start from fifth, alongside US’s Luke Browning.

The biggest loser from the changed result is R-ace GP’s Sami Meguetounif, who plummets from sixth to 20th on the grid.