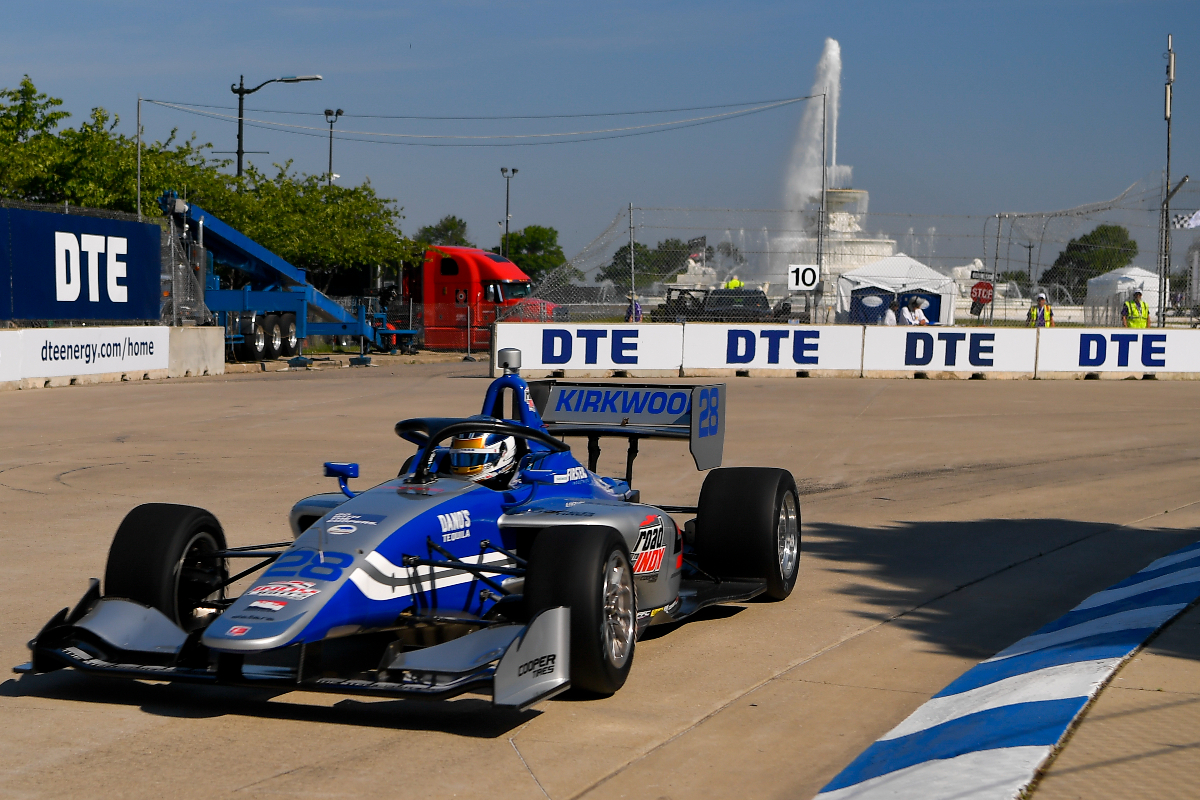 Andretti Autosport’s Kyle Kirkwood will start from pole for Indy Lights’ first race on the streets of Detroit since 2012.

Kirkwood was the driver to beat in the single free practice session, and he continued that form into qualifying by going fastest early on and then remaining there pretty much the entire session.

He initially ran in the 1m25s, but when Andretti Steinbrenner Autorsport’s Devlin DeFrancesco went fastest he responded by upping his pace and going into the 1m24s. For a while after that he didn’t improve, but when he went for a hot lap again then broke into the 1m23s with the fastest lap of the weekend so far.

After pitstops for fresh tyres, everyone went on a second run and the mission was to close down the substantial gap Kirkwood had over the rest of the 13-car field.

With four minutes to go, Global Racing Group with HMD Motorsports’ Linus Lundqvist became the second driver after Kirkwood to lap sub-1m24s, and Kirkwood responded by going half a tenth faster.

Lundqvist wasn’t giving up on pole though, and on his next lap he set a 1m23.4298s that put him on provisional pole. Juncos Racing’s Toby Sowery followed him across the line to go second fastest with a 1m23.7918s, putting the pressure back on Kirkwood.

He did just that, taking back pole position in the final minute with a 1m23.2582s. After the chequered flag Sowery improved, but remained in third, while Carlin with Jay Howard Driver Development’s Alex Peroni also broke the 1m24s barrier.

An impressive fifth was HMD Motorsports’ points leader David Malukas, who sit fewer laps than much of the grid and also only completed four tours of the circuit in practice after crashing out early on so was new to driving the track on low fuel and with the surface rubbered in.