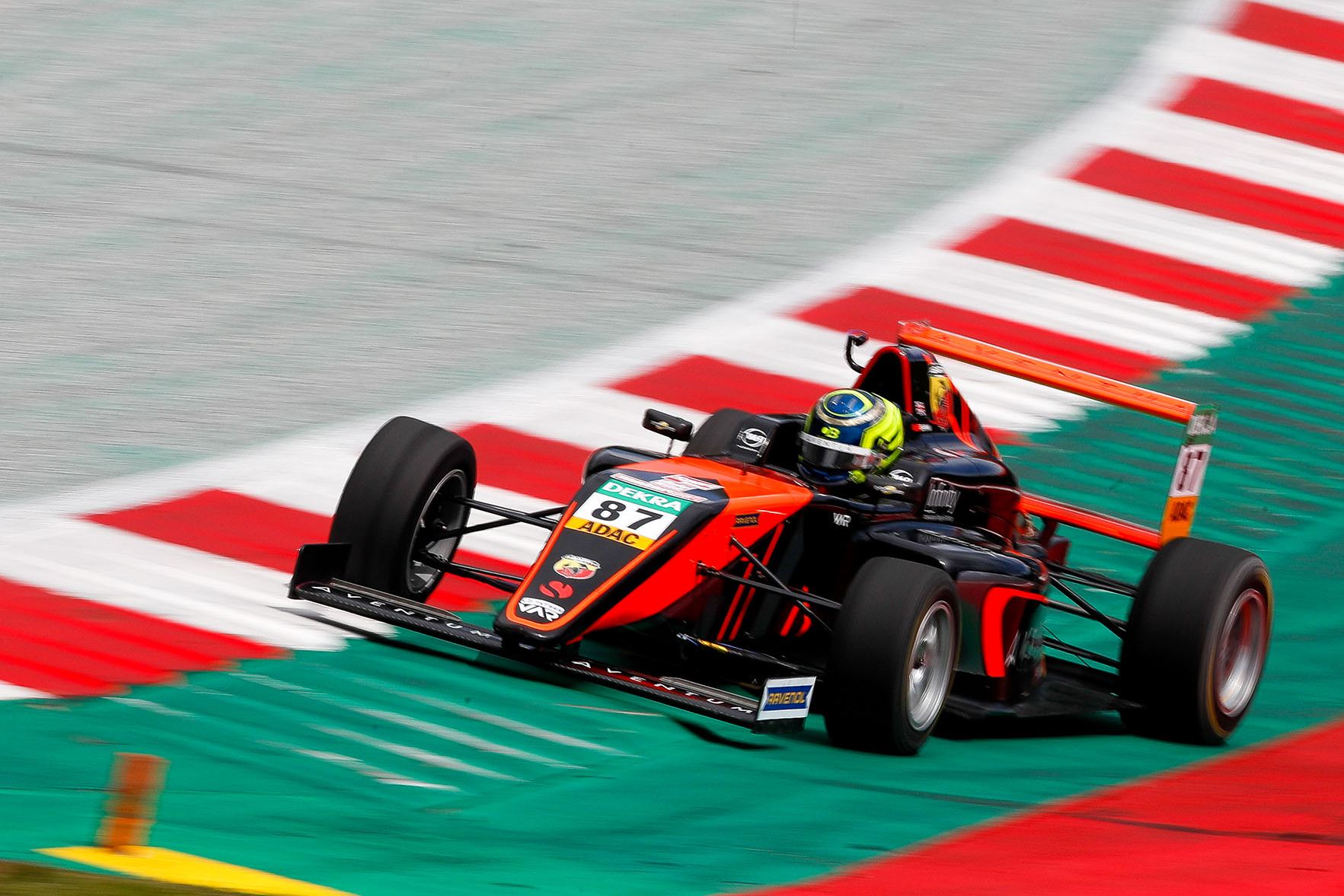 Ollie Bearman will start the first two races of the ADAC Formula 4 season at the Red Bull Ring from pole after topping both Friday qualifying sessions.

The Van Amersfoort Racing driver was over a quarter of a second up on everyone else in Q1, with team-mate Joshua Dufek ended up as his closest rival after posting a lap 0.010 seconds faster than Prema’s Sebastian Montoya.

It was just as close in the battle to be fourth fastest, as Iron Lynx’s Leonardo Fornaroli outpaced US Racing’s Luke Browning by 0.008s and Tim Tramnitz by 0.030s.

The second session was more dramatic, with a red flag interrupting running and leaving drivers with three-and-a-half minutes to post their final efforts.

Tramnitz and Bearman were trading provisional pole position before the session was paused, but the battle didn’t really resume when qualifying restarted as the track was busy with most of the 24-car field.

Bearman pulled the cat out of the bag though, bettering Tramnitz’s benchmark with 27 seconds left of the session to go, and then improving on it again after the chequered flag while Tramnitz opted to return to the pits.

Montoya left it as late as possible to go third fastest, while Fornaroli again qualified in fourth by a tiny margin – this time by 0.022s ahead of Dufek. The top 12 were spread by less than a second on pace.

An incident between Barnard and Iron Lynx’s Pietro Armanni that took place during the session was investigated and stewards determined no further action needed to be taken.