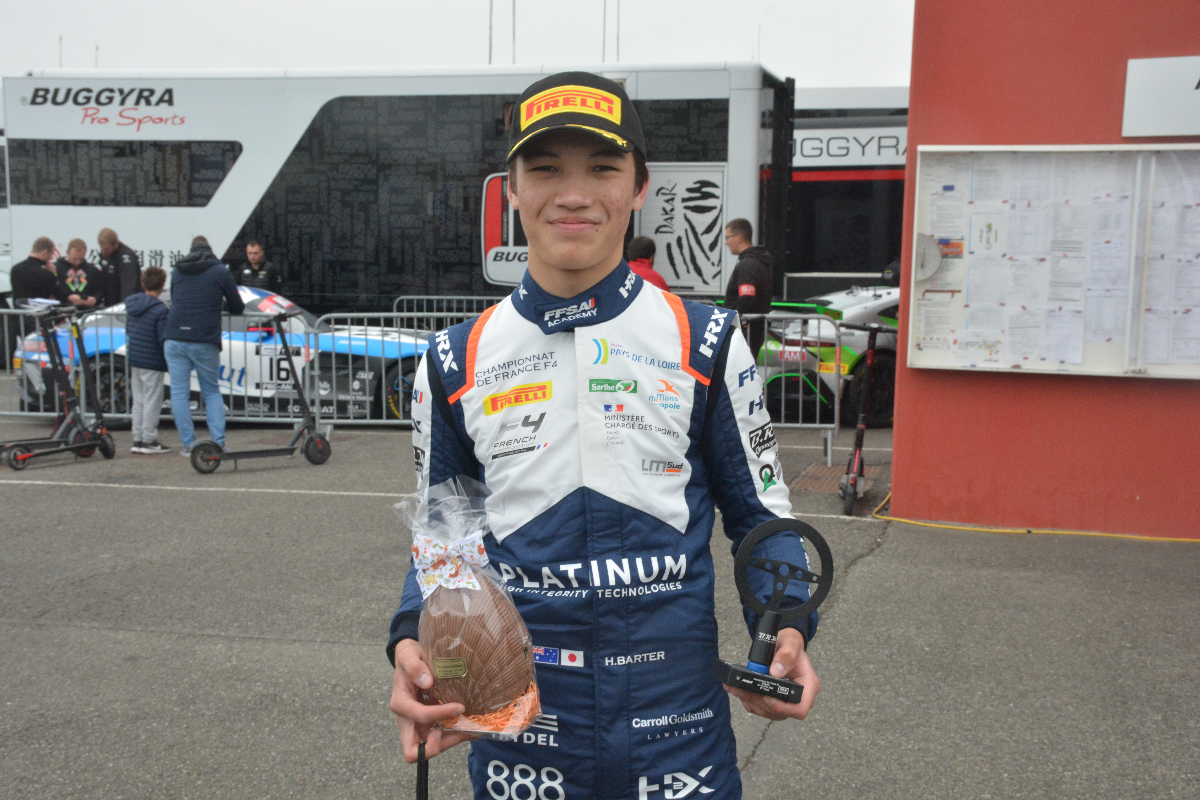 Hugh Barter took a deserved second French Formula 4 win of the weekend at Nogaro in the third and final race of the opening round on Monday.

Barter took advantage of his fresh tyres to pull out an immediate lead from pole position, quickly extending his gap over Pierre-Alexandre Provost to over 1.2 seconds on lap two. He was able to then maintain a comfortable gap to fellow front row starter Provost, who was never able to get close enough to challenge for the win.

Alessandro Giusti had a lonely race in third place, finishing over three seconds behind Provost.

Honda junior Souta Arao made a strong start to jump into third from fifth on the grid at the start, before dropping two places again on lap two.

Arao had been the only one of the top five on the grid to have already used up his allocation of fresh tyres for the races, and dropped back from the leading four in the early stages. In the final laps he closed onto the tail of fourth-placed Elliott Vayron but was never in a position to attempt a pass.

Edgar Pierre, part of Alpine junior Victor Martins’ ‘Victory Lane’ setup, demonstrated that overtaking is possible at the tight Nogaro circuit with a storming drive from 10th on the grid to sixth at the chequered flag, albeit 8.6s behind Arao.

A race-long battle raged for the positions below the top 10th, with Louis Pelet emerging on top. Max Reis was penalised for pitching Enzo Geraci into a spin at the hairpin, while other spinners included Enzo Richer and Mateo Villagomez.

Barter took the additional point for fastest lap and, to complete the perfect race, was this time greeted with the Australian flag for the podium celebration after erronously having the New Zealand flag hoisted after his race one win.