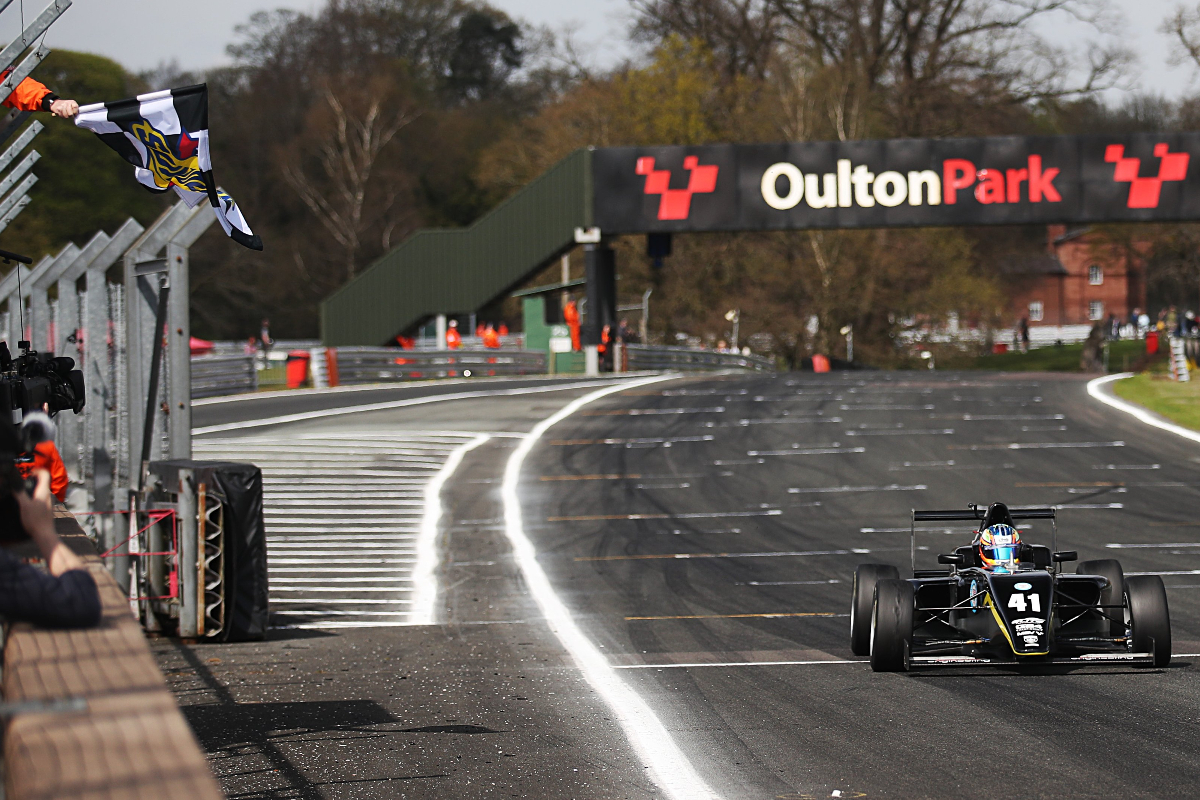 In a repeat of Saturday’s race, Elite Motorsport’s Walker led away from pole while Fortec Motorsports’ Nikolas Taylor made a poor getaway from the outside of the front row.

Walker built a five-second advantage over the first two laps, as Hillspeed’s Max Marzorati proved a cork in the bottle behind.

Kevin Mills Racing’s Tom Mills moved up the inside of Marzorati at the start of lap two, with the recovering Taylor leading a train of cars behind.

Taylor took third from Marzorati into Island bend on lap four. But behind them, Elite’s Jack Sherwood tripped over Fortec’s Elias Edestam into the hairpin, dropping both down the order.

Walker meanwhile cruised home 5.845 seconds ahead of Mills, who scored his third podium of the season, with Taylor a comfortable third.

KMR’s Jarrod Waberski passed the squabbling Hillspeed pair of Marzorati and Gilkes in the final few laps to finish fourth, and Gilkes passed her team-mate at the start of the final tour to come home fifth.

Adestam was seventh with his own late pass on Graham Brunton Racing’s Logan Hannah, who had her best finish yet in eighth. Her team-mate George Line was ninth, ahead of Sherwood and Chloe Grant.

Fortec’s Jessica Edgar stalled on the grid and came home a distant 12th.