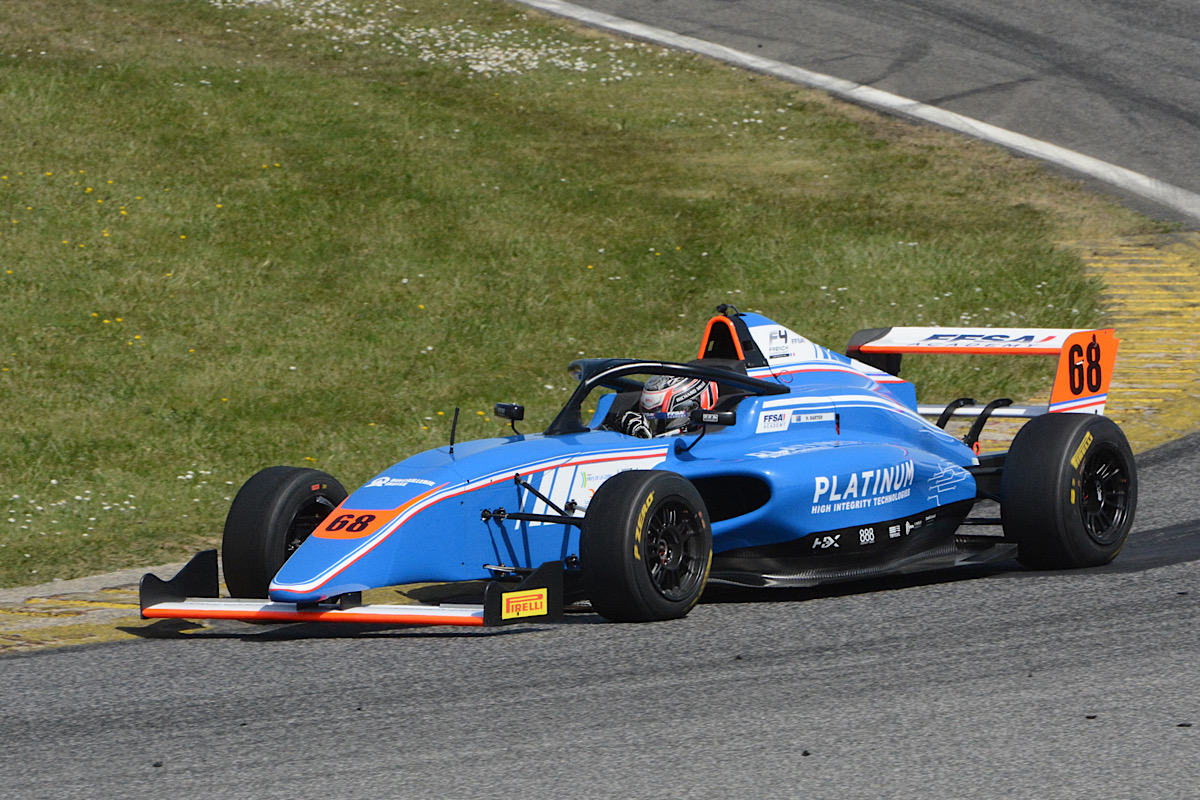 Hugh Barter continued his strong start to 2022 with a lights-to-flag win in the first French Formula 4 race at Magny-Cours.

Barter made a great start from pole position to lead clearly into the first corner while Elliott Vayron beat Dario Cabanelas into second place.

Vayron soon caught up with Barter, forcing him to go defensive into the Lycee complex at the end of lap two, but the leader was then able to start pulling away.

Barter was more than two seconds clear at one point as Vayron came under pressure from behind, though his final winning margin was only 1.2s.

The most action came in an intense battle over the final podium place between Cabanelas and Lorens Lecertua.

Lecertua got ahead in the early stages with Cabanelas attempting to fight back into the Adelaide hairpin only for his rival to stay ahead by cutting the Nurburgring chicane.

Cabanelas eventually got back past at the halfway stage, with both chasing Vayron at that point.

Positions briefly switched again in the last five minutes when Cabanelas got wide in the long Estoril right-hander, though the Swiss driver once again fought back into Adelaide.

One lap later they made contact in Estoril that damaged Lecertua’s front wing and sent him through the gravel trap. Cabanelas came off worse though, sustaining a rear-right puncture that forced him to pit. The contact is under investigation.

Red Bull and Honda junior Souta Arao picked up the pieces to take third ahead of Alessandro Giusti with Lecertua finishing fifth ahead of Jeronimo Berrio.

Enzo Peugeot put in a great drive from 13th to take seventh in front of Edgar Pierre, Louis Pelet and Yuto Nomura.