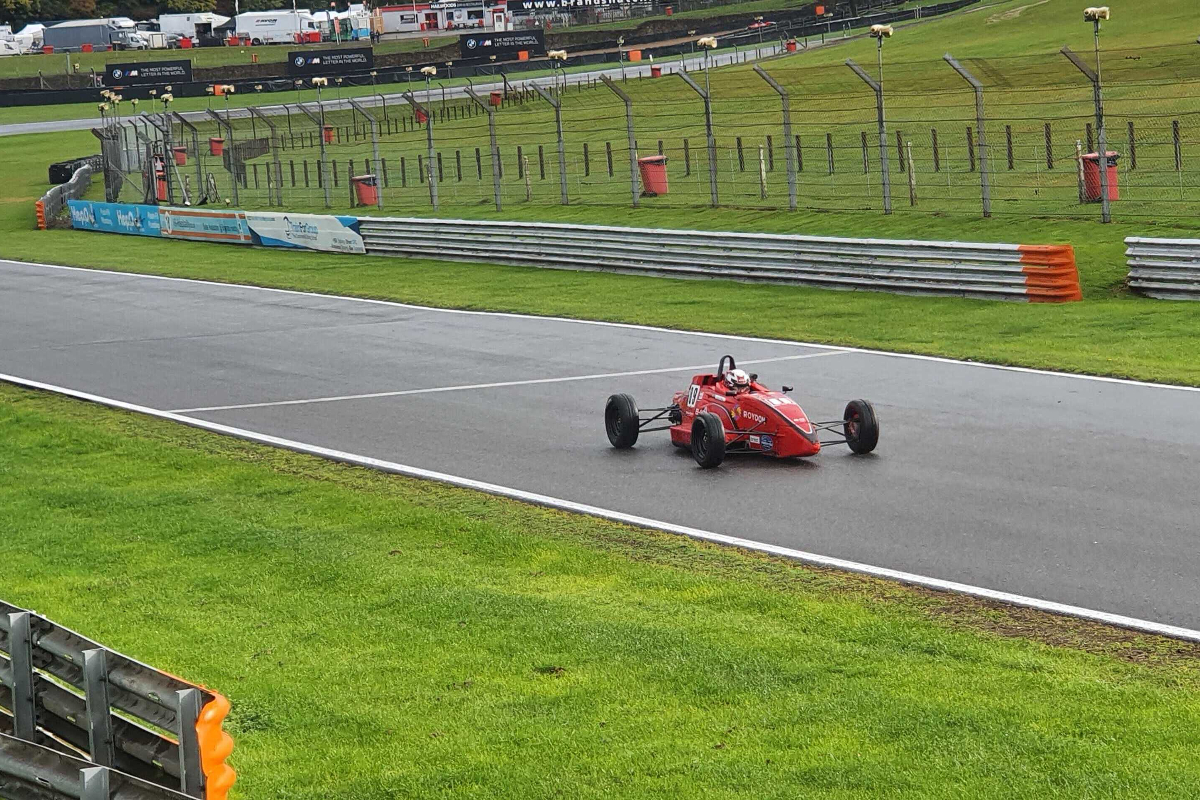 Jamie Sharp comfortably qualified for the Formula Ford Festival semi-finals by winning the first progression race from the back row in wet conditions at Brands Hatch.

The B-M Racing driver made up 12 places on the opening lap from 14th on the grid to run second behind Cameron Jackson, who had taken the lead away from polesitter Bob Hawkins at Druids.

Hawkins then spun off in the slippery conditions before the first lap was complete and dropped to the rear of the field.

The front two quickly pulled out a huge gap to Gilles Cloet (John’s Racing Team) and Dan Rene Larsen (isiRacing), the latter having recovered from a very slow start from the front row of the grid.

As the race entered its second half, Neil Fowler Motorsport’s Jackson appeared to back off exiting Graham Hill Bend and let Sharp through, and then followed the reigning Festival winner home from there.

Larsen made a few attempts to pass Cloet into Paddock Hill Bend, eventually completing the move on the penultimate lap to finish third.

A similarly close battle raged for fifth, with Jonathan Miles and Marc Goosens swapping places in the latter stages.

It was TM Racing’s Miles who prevailed on the final lap, having started 13th, with Goosens taking the final qualification spot to the semi-finals in sixth.