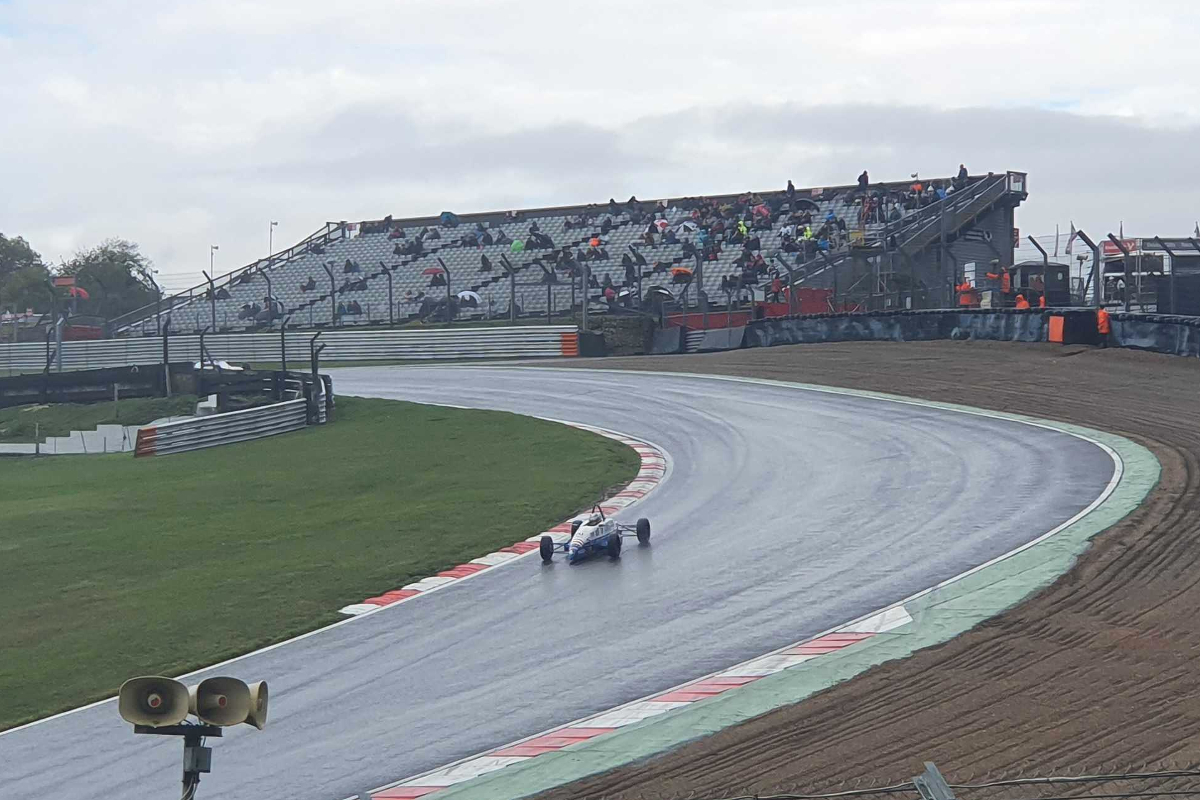 There was a brief downpour as the cars commenced their two formation laps, with BRSCC chairman Peter Daly leading away from pole at the start.

Ammonite Motorsport’s Ferguson rose from ninth to second on the opening lap before taking the lead away from Daly exiting Graham Hill Bend next time by.

Tom McArthur – whose car was repaired after a scary Saturday crash – briefly ran third after Daly’s early spin, but was soon passed by Border Reivers driver James Penrose and B-M Racing’s Megan Gilkes, who had started from the back of the field.

Penrose remained ahead of the GB4 driver to finish third, while McArthur came home fifth.

Oliver Chapman held the last semi-final berth in sixth for most of the race, but picked up a 5s penalty for exceeding track limits. Daly recovered from his off to catch Chapman late on, but slid off into the gravel at the final corner of the race.