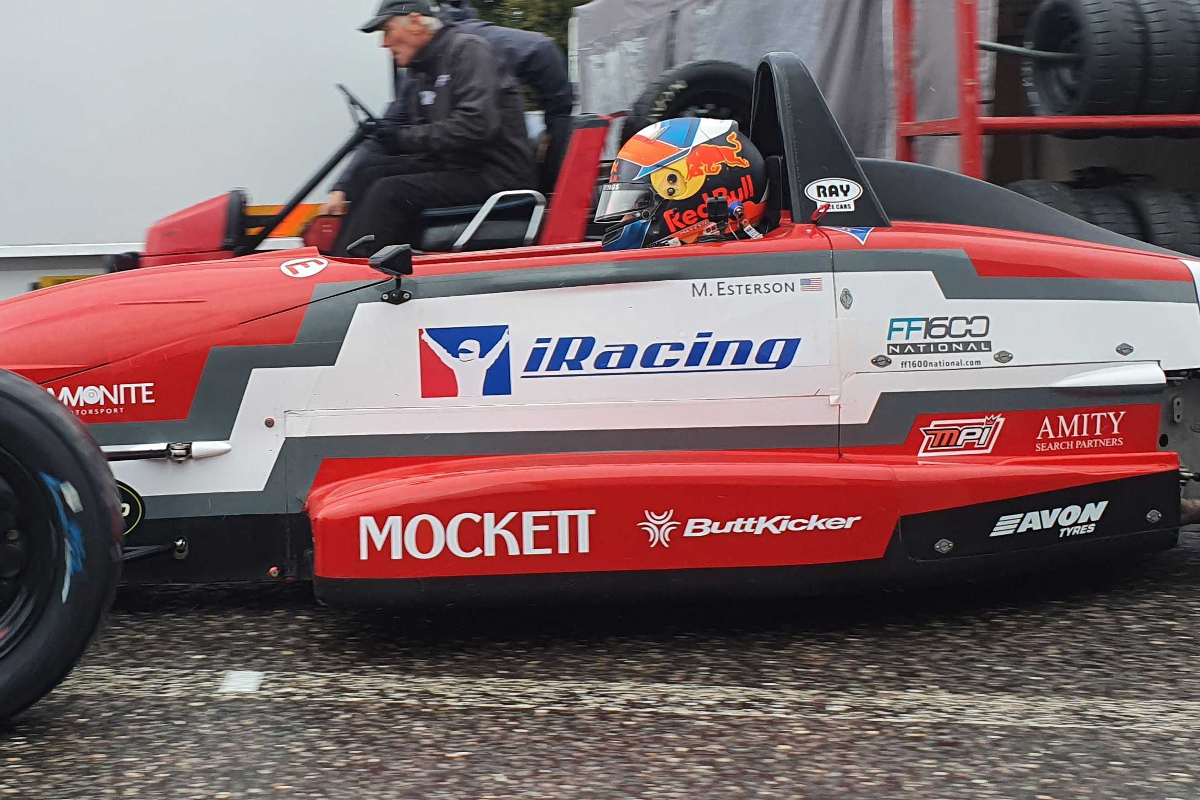 Max Esterson won the first Formula Ford Festival semi-final to put himself on the front row for the final.

Joey Foster started from pole but bogged down in the second stage of his getaway and was passed by Esterson and Jordan Dempsey into Paddock Hill Bend the first time.

Foster then lost another place to Team USA scholar Thomas Schrage as the top four disputed position at Clearways, which then enabled Esterson to break away.

Esterson looked secure in first place, and Dempsey looked safe in second too as Foster took half of the race before reclaiming third from Schrage at Paddock Hill. But on a drying track his set-up was best suited and he set fastest lap multiple times as he hunted down Dempsey.

At the end of lap eight of 14, Dempsey tried breaking the tow to Foster down the pit straight but could not hold him at bay, as Foster dived down the inside of him at Druids. He then started setting fastest laps again until he was on Esterson’s tail on the last lap, but could not find a way by.

Dempsey led home Schrage, then Lucas Romanek triumphed in what was a dramatic battle for fifth.

Initially Rory Smith held the place, despite running into the gravel on the opening lap to avoid a spinning Elliott Budzinski, and he was holding off Romanek. A charging Niall Murray, from 13th on the grid, then got involved and passed Romanek at Surtees.

Romanek got back by though, and then passed Smith, while Murray went into the clutches of his team-mate Morgan Quinn. The battle escalated as Smith lost places, even dropping behind the 30-year-old car of Matt Cowley before rear-ending him after Graham Hill Bend and ending his race.

Smith began to lose more ground too, and rising into the top 10 was Progression race one winner Jamie Sharp who started 25th and finished ninth behind Kevin Foster.

Cadu Bonini finished 10th, and got a raised fist from Cowley as he went past him mid-race, with Ivor McCullough and Smith the last two automatic qualifiers to the final in 11th and 12th.

Cameron Jackson was making progress up the order like Sharp, gaining seven spots on lap one, but slowed on the final tour and finished 16th. Budzinski recovered to 17th, and will have to do the Last Chance Race to reach the final, and William Lowing spun away a top 10 finish to end the race in 18th.

Roberto Moreno faded to 21st from 12th on the grid.