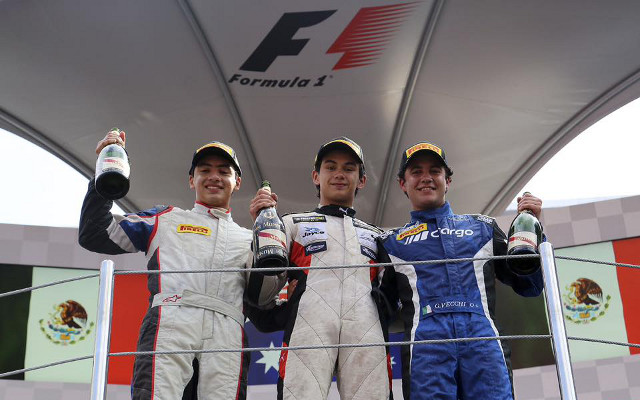 The race, which was the first time FIA Formula 4 has supported a Formula 1 grand prix, was an exhibition event for the new Mexican F4 NACAM championship.

Leeds has been competing this year in his native F4 series, driving the same combination of Mygale chassis and Ford engine as used in Mexico.

The 15-year-old led the event throughout, topping a rain-shortened free practice session before claiming pole in qualifying and then dominating the race.

After a late safety car, he won by 1.8 seconds in front of Alexis Carreno, with ex-Panam GP racer Giancarlo Vecchi third despite missing qualifying.

Urrutia, driving for the Telcel-backed RPL team alongside Sierra, was closest to Leeds in practice and qualifying but suffered from braking and gearbox issues in the race, retiring after nine of 12 laps. Sierra finished two laps down after pitting with a similar gearbox problem.

O’Ward, team-mate to Carreno in the MartigaEG team bearing the initials of F1 driver Esteban Gutierrez, had climbed from 14th on the grid to third and beaten Leeds to the fastest lap before suffering a transmission failure under the safety car and falling to 12th as the last driver on the lead lap.

Matus, competing alongside Leeds for the Ram squad, was a lap down after an early spin.

The F4 NACAM Championship will begin for real at Puebla on 28-29 November.