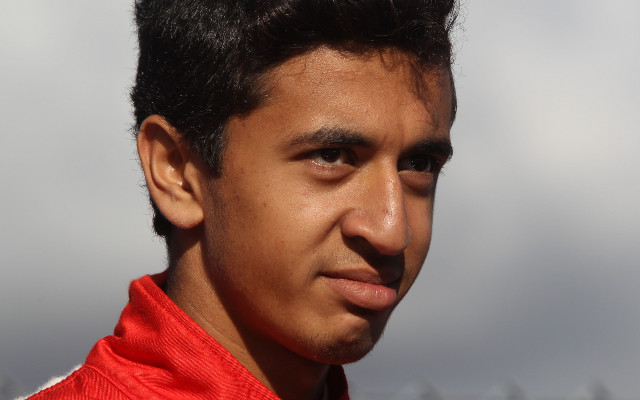 BRDC Formula 4 racer Faisal Al Zubair has been named as Fortec Motorsport’s first driver in the category ahead of the team’s debut this weekend in the Autumn Trophy.

Fortec has entered the British-based series as it introduces a new Tatuus-Cosworth car, which will be raced for the first time in the eight-race Autumn Trophy over the next two weekends at Snetterton and Brands Hatch.

Al Zubair, from Oman, competed for Hillspeed in the 2015 BRDC F4 season, claiming a single podium finish in the reverse grid race at the August Snetterton round.

He finished 16th in the standings, after missing the Silverstone and Donington events.

“We are very interested to see how Faisal gets on,” said Dan Mitchell, team manager of Fortec’s BRDC F4 project.

“The first time he will drive with us and drive the new car will be the Thursday before the first race weekend.

“Faisal has shown he has great potential this year in BRDC F4, our job will to make sure he is regularly fighting for podiums and hopefully get him on that top step.”

17-year-old Al Zubair added: “After the release of the all-new 2016 BRDC F4 car, the decision to compete in the Autumn Trophy was of no difficulty.

“The increase in both power and the aerodynamic package on the car will make the transition onto the next step on the motorsports ladder a lot easier.

“I am excited to join Fortec, as it is a team that has proven in many arenas to be leaders. With Fortec, and the effort and work I’ll be putting in, we should be fighting for top spots.”

Another 2015 BRDC F4 racer Sisa Ngebulana will stick with the HHC Motorsports team with which he finished 11th in the championship.