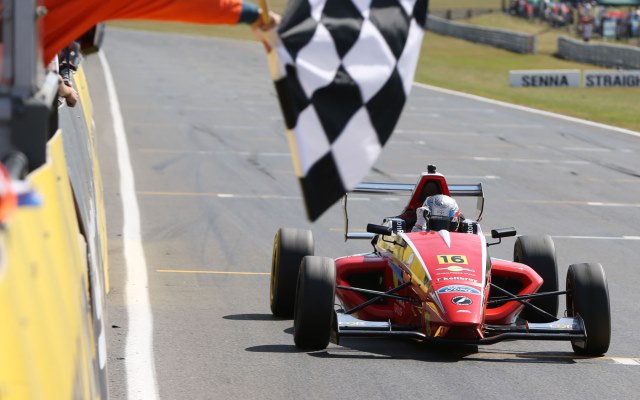 Ashley Sutton claimed his second win of the Formula Ford GB season by a commanding 11 seconds in race two at Snetterton.

He then extended his lead over second-placed Ricky Collard by an average of more than a second a lap in the remaining nine laps.

Collard was able to cruise home to his best ever finish in Formula Ford, helped by an intense battle for third behind him. Abbott was passed by title rivals Harrison Scott and Jayde Kruger, and Scott then managed to hold off Kruger until the end, finishing a further nine seconds behind Falcon team-mate Collard.

Newcomer Michael O’Brien spun out of ninth on lap six.