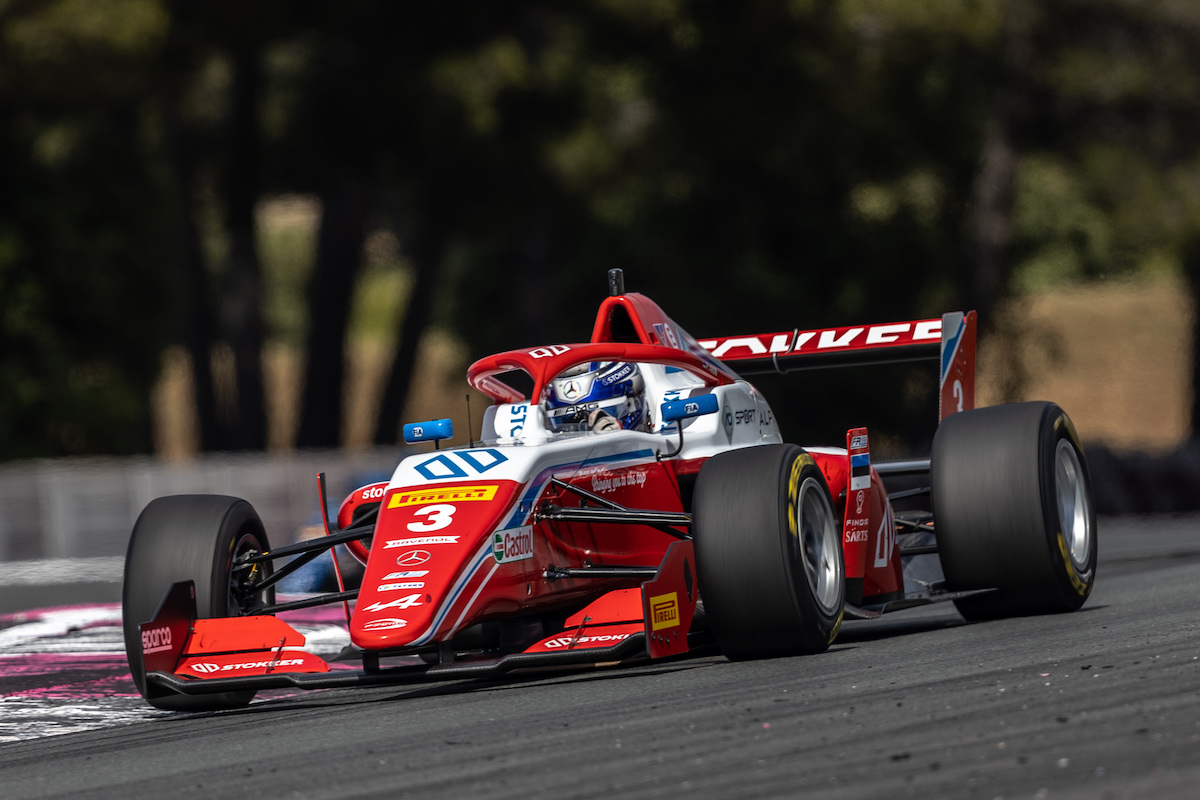 Aron came through from third on the grid to beat his team-mate after a close battle with Beganovic at the front of the order.

Michael Belov snatched third from Gabriel Bortoleto on the final lap to take his first podium finish of the season.

Beganovic had held off Bortoleto off the line and led the top three away from the rest of the field on the opening lap. That gap was almost immediately eliminated when an incident for Joshua Dufek brought out the safety car.

On the restart it was again the top three that broke away from the rest of the order. Aron in third put more pressure on Bortoleto than Bortoleto did on Beganovic and soon found a way past the R-ace GP driver.

The two Prema drivers then broke away from the rest of the field. Aron managed to find a way past Beganovic at the final corner, only for the championship leader to come back through with push to pass.

The battle continued and a few laps later Aron was able to make the move stick on his team-mate. The battling allowed the trio of drivers running third through fifth to briefly close in on the back of them, only for the fight for third to drop them away again.

Beganovic could not find a way back through by the chequered flag and finished 0.9s behind his team-mate.

Bortoleto spent the closing stages of the race battling to keep Belov behind him. The two swapped places a number of times using push to pass, but it was Bortoleto ahead as they started the final lap. Belov continued to push though, and used the overtaking assistance to make another move which Bortoleto was unable to fight.

Bortoleto came home just 0.3s back in fourth, ahead of Gabriele Mini and Hadrien David.

Lorenzo Fluxa spent much of the race inside the top five, but gradually fell backwards. Mari Boya took seventh from the R-ace driver in the closing stages of the race, and Kas Haverkort picked up ninth.

In the rookie fight, Tim Tramnitz took the win as he came home 10th overall, just ahead of Sebastian Montoya.