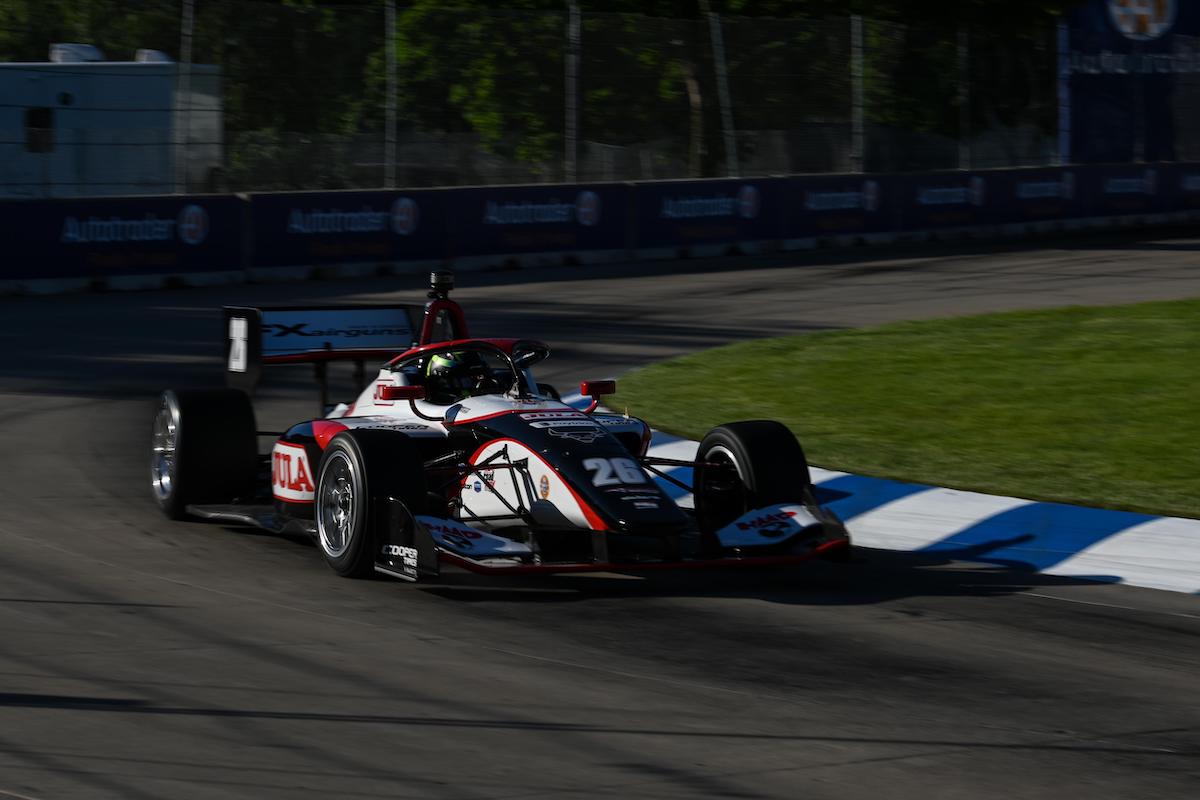 The championship leader was untouchable throughout the 25-lap race, which featured two safety car periods.

Benjamin Pedersen was one of the few drivers not to run into problems, but still finished 3.723 seconds behind Lundqvist.

The first incident came on lap three, when Jacob Abel and Christian Rasmussen came together. It was slight contact, but it sent Abel into the tyre wall and Rasmussen was sent to the back of the field for causing the incident.

Lundqvist hadn’t had much of a chance to build a lead at this point, with his small to Pedersen and Sting Ray Robb vanishing as the safety car came out.

Neither driver could stick with Lundwvist on the restart and he quickly pulled away. Pedersen was forced to defend against Robb, who made a mistake that almost sent him into a spin and damaged his steering.

Pedersen had a lonely second half of the race. He was roughly four seconds behind Lundqvist and had made little progress in closing the gap when the safety car was brought out for a second time.

Rasmussen had been making good progress from the back of the field and was running in the top five when he hit the wall hard and stopped at turn five.

The second restart wasn’t much different from the earlier one, with Pedersen unable to stick with Lundqvist. Danial Frost, now in third, hadn’t been able to challenge Pedersen either and his podium hopes died when an apparent mechanical issue struck in the final four laps of the race. Frost crawled back to the pits to retire.

Lundqvist went on to finish comfortably ahead of Pedersen, with Matthew Brabham a further 1.070s back in the final podium spot.

Hunter McElrea had been on for a strong result when he made contact with the wall after locking up. It was only a small incident but damaged the rear-left of his car and he was forced into the pits to change his rear wing.

Christian Bogle managed to avoid the drama to finish fourth ahead of Kyffin Simpson and Antonio Serravalle.

James Roe Jr and Ryan Phinny were the last of the drivers who hadn’t run into issues, finishing seventh and eighth respectively.