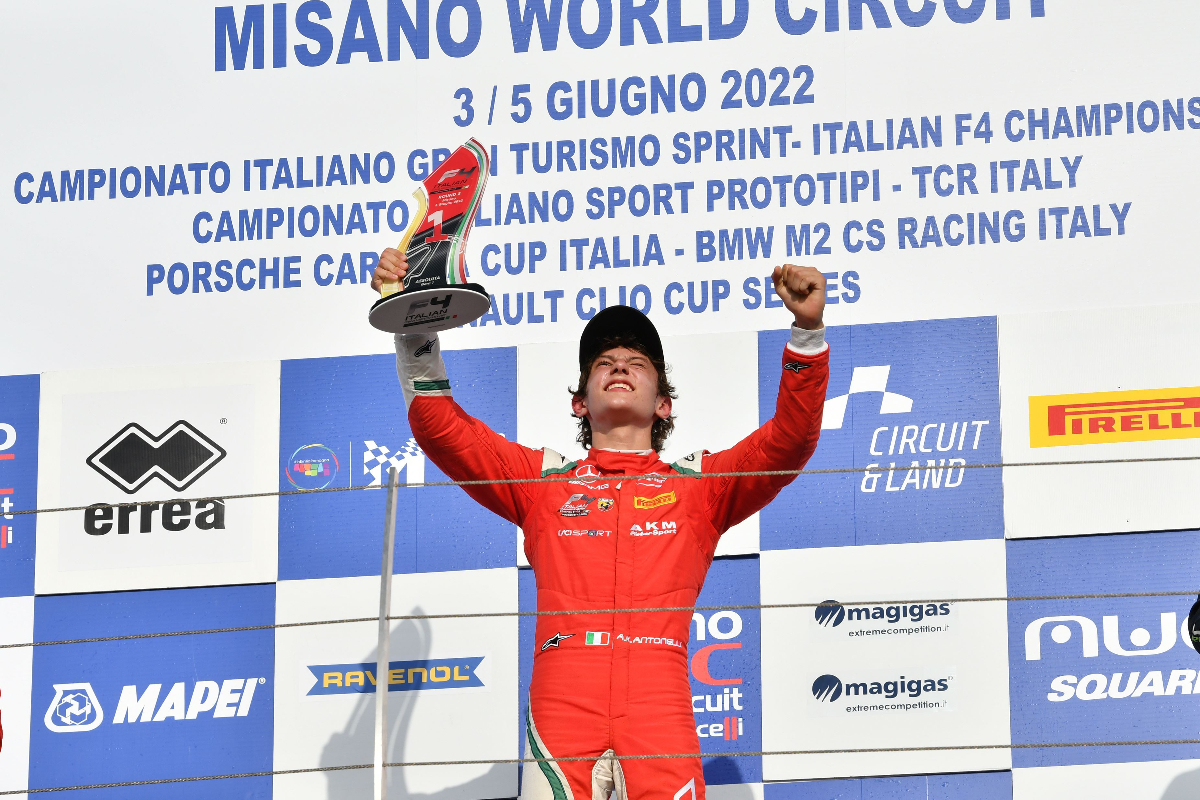 It wasn’t easy for the Prema driver, as the poleman lost his lead advantage in the opening corner as team-mate Rafael Camara made a stronger start and had the inside line. Charlie Wurz meanwhile passed Alex Dunne to make it a Prema 1-2-3-4 up front with James Wharton in third.

The race descended into chaos behind them, with five seperate incidents knocking out five cars straight away and leaving two to hobble back to the pits and then retire too as the safety car was called out. On lap two there was even more craziness as Jenzer Motorsport’s Ethan Ischer ended up with a crumpled rear of his car and retired as well.

Racing resumed on lap five, and PHM Racing’s Jonas Ried was the next to exit proceedings.

Camara couldn’t shake off Antonelli, while their two team-mates behind initally gapped the chasing pack. Antonelli made his first attempts to regain the lead on lap eight of 17, darting around in Camara’s mirrors and practically being on his gearbox the whole lap.

Antonelli’s pressuring of Camara eventually brought the two behind back onto their tail after a handful more laps, although Antonelli was setting the fastest laps as he attacked his team-mate.

On lap 14 the top two almost made contact, and now there was a definitive four-car train at the front. The move for the lead came on the next lap, with Antonelli getting into the smallest possible space on the inside of Camara at turn 13 (the third in a succession of four right-handers) and then not leaving enough of a gap at the final corner to prevent Camara doing the same to him.

Into turn one Camara looked at the outside, but then had to start defending from Wharton. Wurz profited to make a diving move down the inside but as he moved back to the racing line at the exit of turn five US Racing’s Alex Dunne took the the opportunity to go down the inside of both of them.

Conrad Laursen then started attacking his team-mate Wharton for fifth, and Iron Lynx’s Maya Weug joined the action too after she made a forceful pass on US’s Marcus Amand early in the race to get up to seventh place.

Ultimately the positions didn’t change further on the final lap and Antonelli, after ending his part-time 2021 campaign with a second and two thirds, earned his first series win to rise to seventh in the standings.

Jenzer’s Valentin Kluss was the highest placed of the weekend debutants, down in 17th.