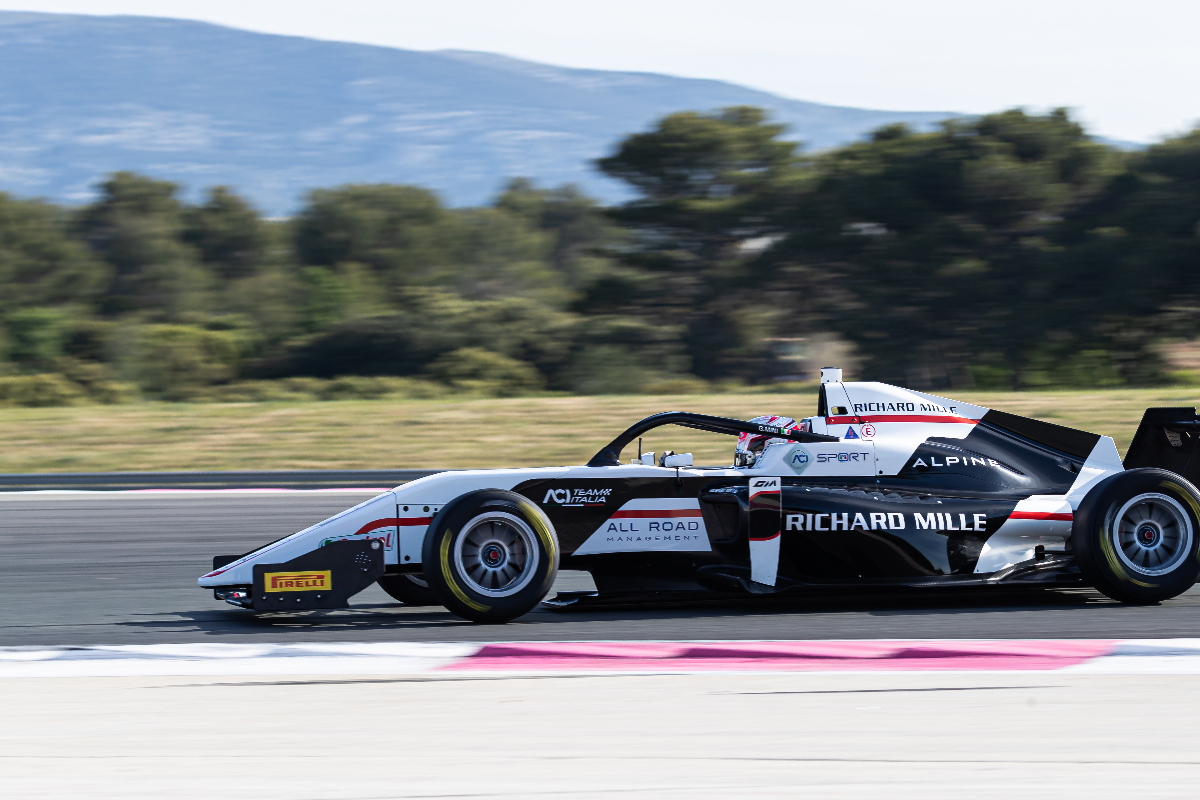 Van Amersfoort Racing’s Kas Haverkort topped the times after all drivers had completed their first attempts in the first group on track for Sunday morning qualifying. Laptimes continued to drop, and with less than four minutes on the clock the Dutchman had lowered his mark to regain first place, which had briefly gone to R-ace GP’s Hadrien David.

There would still be time for one more lap, and it was R-ace’s Gabriel Bortoleto who made the most out of it. The Brazilian beat Haverkort’s benchmark becoming the fastest man in Group B.

Trident’s Roman Bilinski was the fastest rookie in sixth place, which means he will start race two of the weekend from 12th place as Group A became the fastest group almost straight away once its session began.

Michael Belov’s first push lap was already over one tenth faster than Bortoleto’s benchmark, and the MP Motorsport driver was soon bettered by race one winner Paul Aron and then by Mini, who took the top spot and eventually pole.

Meanwhile, Prema’s Dino Beganovic sat provisionally outside of the first three rows of the grid after having his best time deleted for exceeding track limits.

No one improved in the last attempt apart from championship leader Beganovic, who did a lap good enough for second in group and third on the grid.

Trident’s Tim Tramnitz was fifth, which means he will be the best starting rookie in ninth. Tramnitz’s last minute improvement meant Arden’s Eduardo Barrichello, who had been within the top five until then, dropped to 11th on the grid for race two.