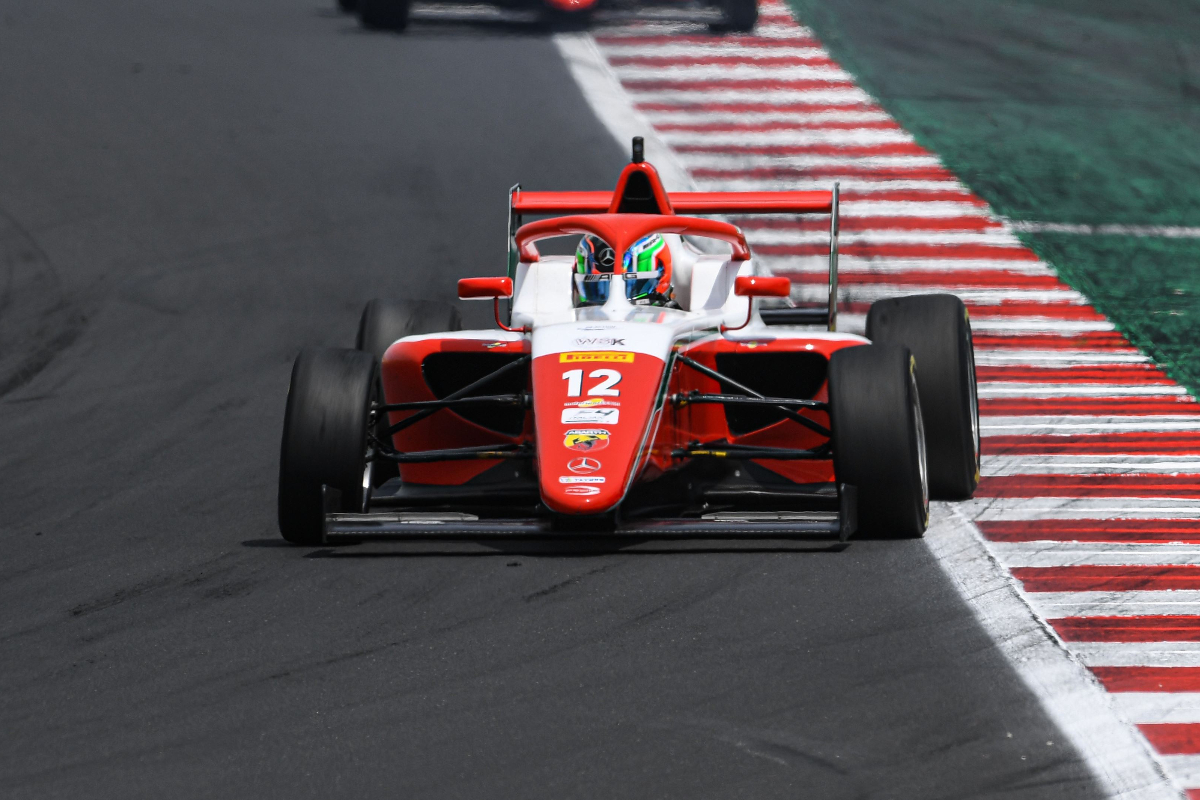 Andrea Kimi Antonelli recovered from another slow start to cruise to a comfortable win in Italian Formula 4 race two at Misano as Prema filled the top four places.

Charlie Wurz got a better getaway from the outside of the front row to head pole-sitting team-mate Antonelli into the opening corner. However, the Mercedes-AMG Formula 1 junior was able to reassert himself quickly, moving to the front on lap two and quickly building up a gap of almost three seconds to Wurz.

Antonelli was in a race of his own as he disappeared into the distance, extending his lead to over five seconds at the chequered flag to complete a crushing display and jump up to fourth in the championship standings.

To underline his dominance, Antonelli set faster laps than Wurz’s best laptime of the race in 12 of the race’s 20 laps.

Wurz held on to take second, ahead of team-mates James Wharton and Rafael Camara, who is the new points leader. The three ran closely together throughout, without any being able to challenge the order.

US Racing’s Marcus Amand managed to get ahead of the fifth Prema entry of Conrad Laursen after running side-by-side through most of lap one.

Once up to fifth, Amand was already 1.8s down on the Prema group ahead and initially was unable to reduce the gap to them. As the race entered the final three laps, he closed to within just over half-a-second of Camara.

Van Amersfoort Racing’s Martinius Stenshorne had a quiet run to seventh, finishing 6.8s behind Laursen and 3.2s ahead of Iron Lynx’s Ivan Domingues.

Some of the fights down the field provided some entertainment, with VAR’s Emmo Fittipaldi emerging on top of a heated battle for 15th, ahead of Nikhil Bohra, Arias Deukmedjan and Alfio Spina.

Pre-race championship leader Alex Dunne had a disastrous race, running a lap down on the leaders before finally calling it a day five laps before the finish. The US Racing driver had been demoted from fourth to 33rd on the grid after having his best laptime from the second qualifying session deleted.