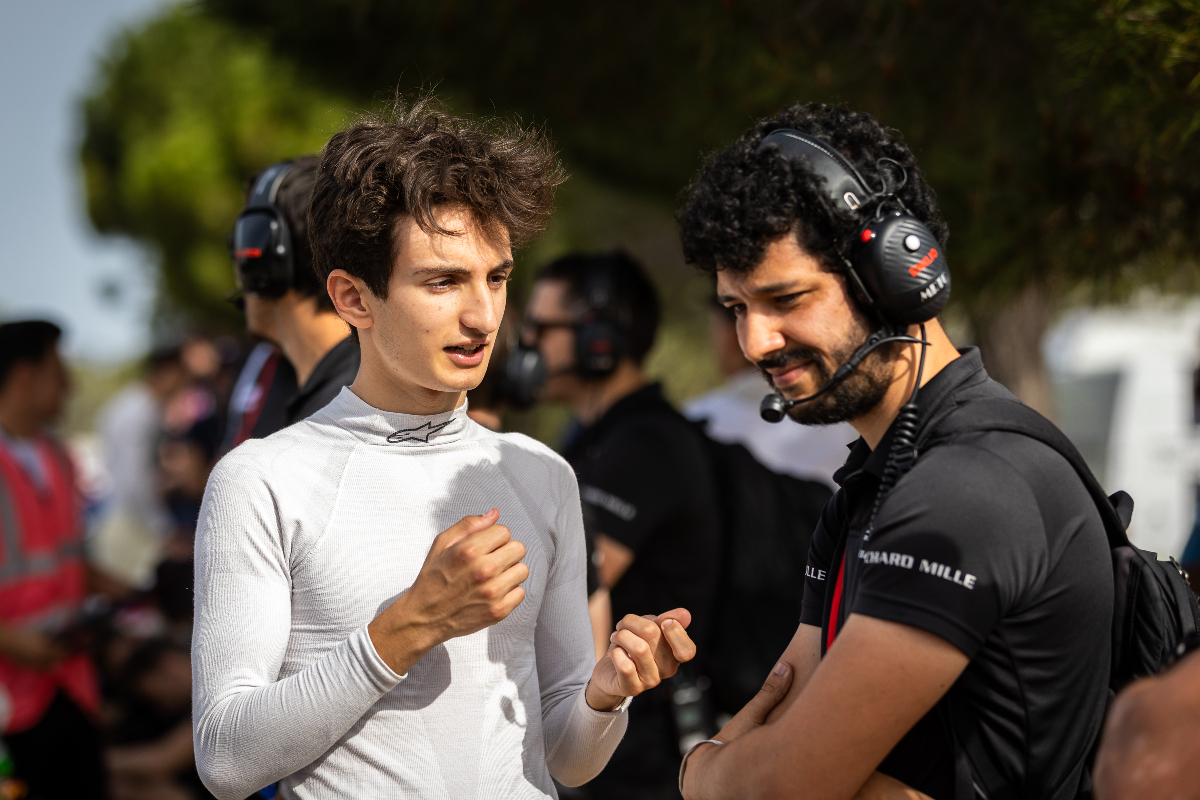 The race ended with a sprint to the flag after a late safety car was brought out by a crash further down the field.

Beganovic kept the pressure on poleman Mini but wasn’t able to make a move, and the championship leader finished 0.287 seconds behind.

The stop-start second race of the weekend at Paul Ricard began with an opening lap safety car interruption following a multi-car collision that took out Victor Bernier, Maceo Capietto and Owen Tangavelou.

By this point, Beganovic had already taken second from Gabriel Bortoleto and was close behind Mini.

Mini got the better restart, but Beganovic soon recovered. The two led a train of drivers where anybody who attempted a move came under pressure from those behind. Beganovic briefly got alongside Mini, only to fall back and come under attack from Kas Haverkort who couldn’t make the move stick and was then challenged by Bortoleto.

The string of battles at the front of the order was paused when Pietro delli Guanti, Joshua Dufek and Esteban Masson tried to go three-wide at the chicane. The trio made contact with one another and two cars were left stranded on track.

It was a lengthy safety car period, but the track was green for a short dash to the flag, which Mini ultimately won.

Haverkort took third ahead of Paul Aron and Hadrien David, who made up two positions in the final two laps.

Bortoleto dropped back to sixth, finishing just ahead of the battling Mikhael Belov, Mari Boya and Lorenzo Fluxa.

At the tail end of the top 10, Roman Bilinski held off Tim Tramnitz and Sebastian Montoya in a tight battle for the rookie classification win.