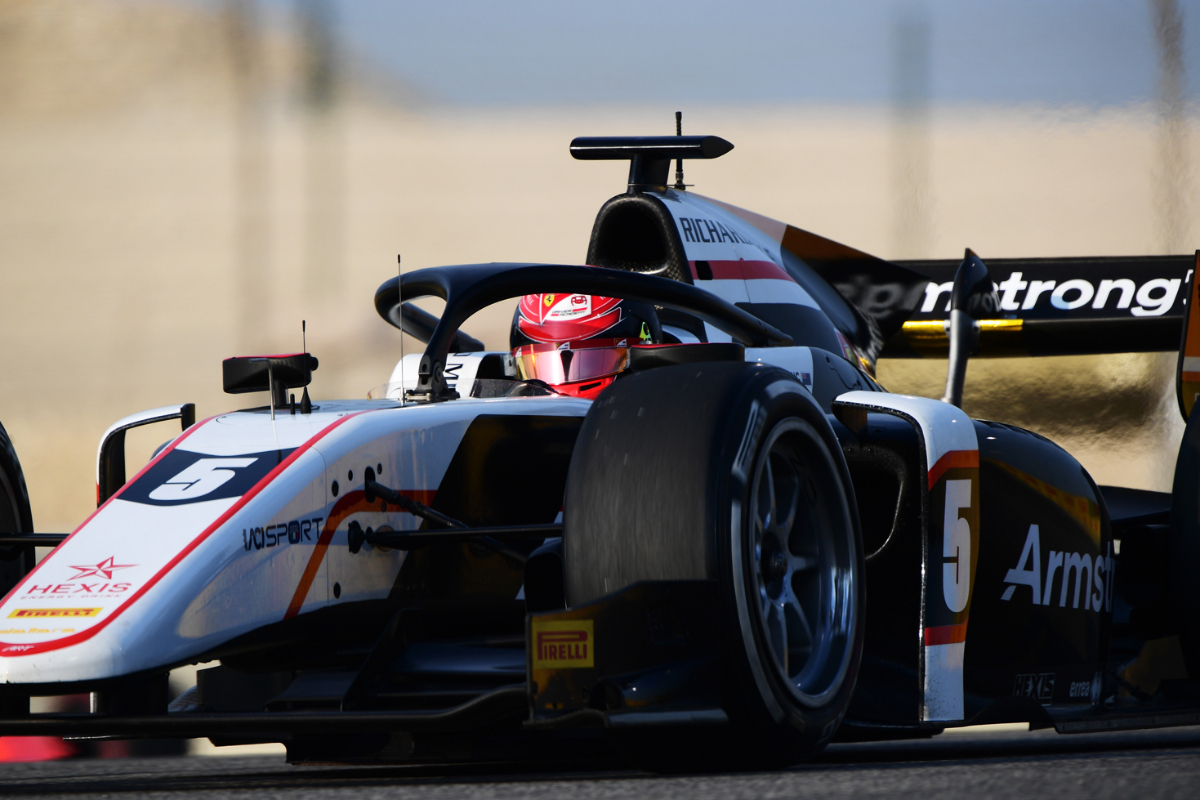 Marcus Armstrong has pointed to a lack of grip, rather than poor car balance or driving struggles, as being the overwhelming factor behind his up-then-down rookie Formula 2 season.

The Ferrari junior was on the podium twice in the first four races for ART Grand Prix, then didn’t score for the next six rounds. His form improved late in the season, but with only three top-five finishes he came 13th in the standings.

It was varying grip that seemed to hold back the FIA Formula 3 Championship graduate.

“The 18-inch is clearly a complicated tyre to maximise,” Armstrong told Formula Scout.

“Often you find sometimes that you just have more overall grip, instead of fixing the balance. And in many cases this year having a good balance means nothing if you don’t have the grip.

“We’ve often had good free practices, and then changed compound for qualifying and it’s struggled a lot. Just finding the right window to perform hasn’t been great for us this season.”

Despite the “strange” grip level concerns. Armstrong said the ART GP-run cars have “often been quite OK” on balance, therefore making them easier to drive fast.

“Long-run pace was often not so good, especially on high-degradation tracks. Certainly when I qualified well in Bahrain and Mugello, it’s very easy for me to slide on the opening laps and degrade more than the others, for whatever reason,” he added.

“I had to push too hard to stay within DRS of the car in front, which then is like a snowball effect for the rest of the race as you just overheat and become worse. So it’s a bit of a bad cycle when you have to push to stay close to the car in front, to have the DRS, and then obviously you lose the tyre.

“I think also we struggled on the engine-side this season, and that’s been a shame. But we’ve always worked extremely hard at ART. They never gave up, and even to the final race we were all pushing like crazy.”

The two early podiums at the Red Bull Ring were also positives to take from the season.

“We were quick out of the box in Austria. Things just seemed to click at the very beginning.

“It’s been often a bit frustrating at times because I’ve felt that I’ve done a good job, and done some strong laps in quali this season but for whatever reason the laptime wasn’t there. There’s been times where I’ve done in my opinion a mega job in quali, and the result has been nowhere, and then there’s been times when I’ve made mistakes on my lap and we’re inside the top five.”