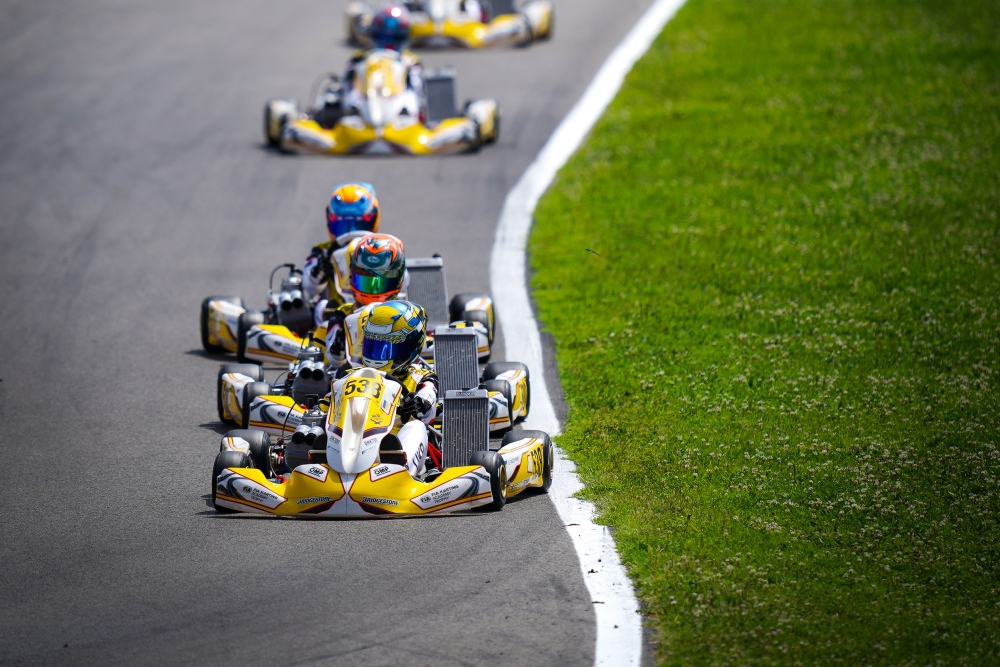 Xcel Motorsport’s line-up for the upcoming Formula 4 United Arab Emirates season has grown to six drivers with the signing of Alex Partyshev.

The Ukrainian (front of picture) has raced in karting for the last two years with Ward Racing, with the highlight of his first year with the team being sixth place in the nation-based FIA Karting Academy Trophy in 2019.

He came sixth overall in the three-round series for OKJ karts, and was the overall winner of the second round at Sarno. Last year he then stepped up to senior karts, and was 46th in the CIK-FIA European Karting Championship.

“It is great to welcome yet another top-level karting driver from Europe into our team,” said Xcel’s team principal Kevin Day.

“Oleksandr has only completed two test days in Formula 4 so will be going into the 2021 F4 UAE championship as a complete rookie but we look forward to working with him and developing him as the season progresses.⁣

“Partyshev has shown that he is capable of winning at the highest level of karting, so I am more than confident that he will be successful in his transition to single-seaters.”

Of the six drivers Xcel has announced for F4 UAE, which starts on January 14/15 at Dubai Autodrome, five of them are single-seater debutants from karts.

Alongside Partyshev will be Nikita Bedrin, Dilano van’t Hoff, Tasanapol Inthraphuvasak and Pepe Marti, with the odd one out in the team being British F4 racer Matias Zazageta.

Only one other team so far has announced a signing, with Saud Al Saud racing for 3Y Technology.

A guide to modern-day Formula 3