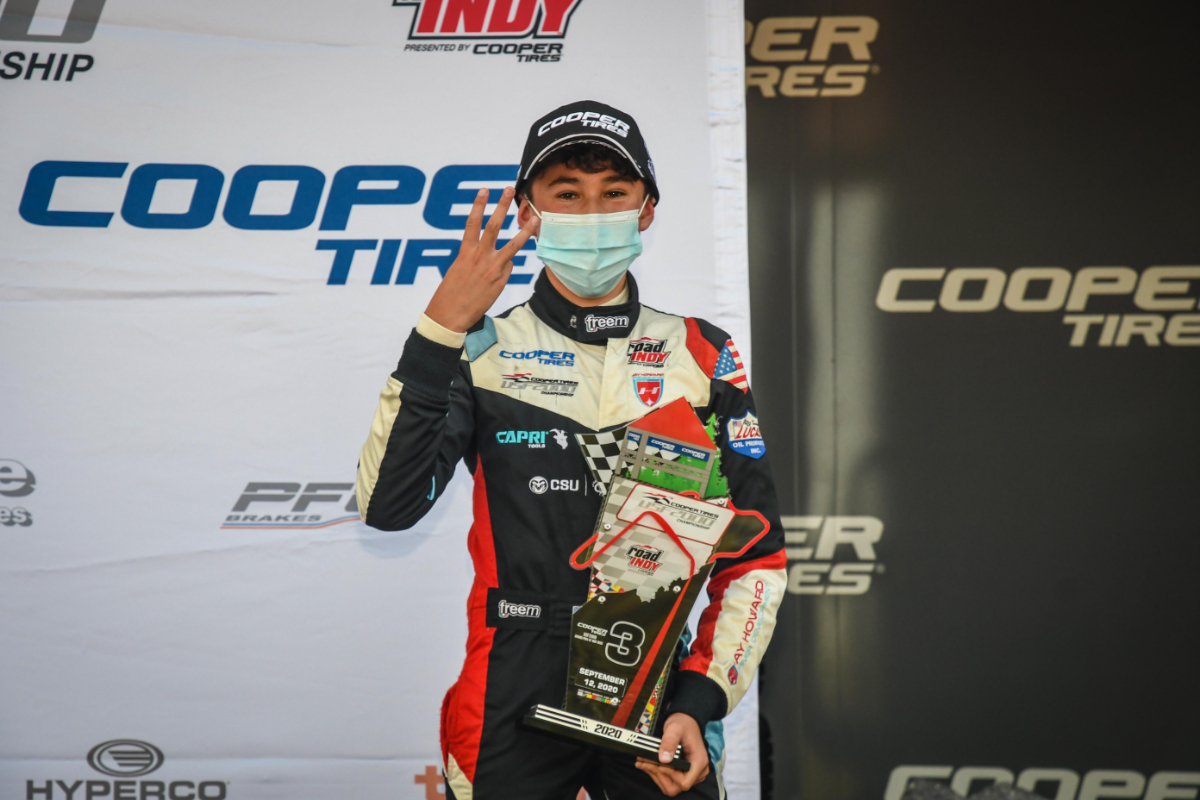 Nolan Siegel will drive for his third team in three years in USF2000 as he moves to DEForce Racing for the 2021 season.

The 16-year-old debuted in the championship last year with Newman Wachs Racing, and came 15th in the points with three top-10 finishes in his first racing campaign outside of karts.

He then moved to Jay Howard Driver Development for 2020, and claimed his first pole, two podiums and a fastest lap on the way to an improved 13th in the standings.

“I am very excited to be joining DEForce Racing for the 2021 USF2000 season,” said Siegel.

“The team has a winning recipe and I am ready to fight for the championship. Than you to David Martinez, Ernesto Martinez [the team bosses] and the entire team for welcoming me into the DEForce family.”

Siegel will line up alongside Brazilian talent Kiko Porto at the team, with the 17-year-old staying in the DEForce line-up after racing for the outfit in United States Formula 4 and then his rookie USF2000 season this year.

Over the past two years there have also been US F4 cameos from Siegel. He made one appearance in 2019, and two with JHDD in 2020, with a best finish of sixth place from his short spell in the series.

The 2021 US F4 grid has grown with the signing of French-born racer Oscar Haffar at Jensen Global Advisors. He made his car racing debut this year driving one of Jensen’s F4 cars in an American club racing series.