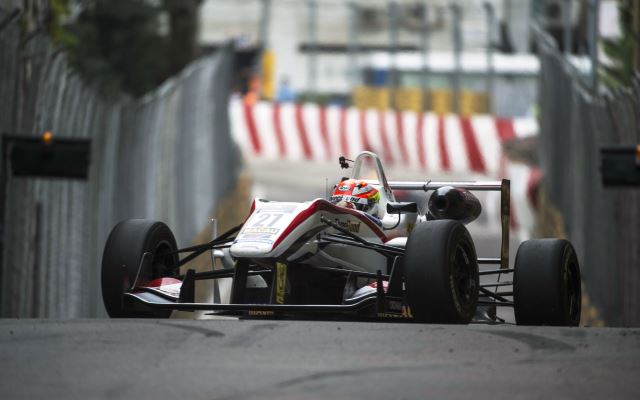 Indian driver Arjun Maini will continue to race for the T-Sport team in the FIA Formula 3 European Championship in 2016.

He had tested with Prema and Carlin prior to Macau with a view to 2016, but has remained with T-Sport since the Asian event.

?I?m quite excited to be working with T-Sport again,” said Maini, who is mentored by former T-Sport driver Karun Chandhok.

“The team is filled with individuals who are extremely motivated like myself and after the race in Macau, the decision was much easier for me to make.

“The?ThreeBond?engine in particular was exceptional in Macau and I?m quite excited to see how it does next year.

“Tomei?have done a fantastic job with it and I?m sure it will help me to be competitive in 2016.”

After finishing second in BRDC Formula 4 behind George Russell in 2014, 18-year-old Maini competed for Van Amersfoort Racing in his rookie European F3 season.

Thought he was only 18th in the standings, he had standout results of fourth in fifth on the streets of Pau in May.

Russell Eacott’s team was more competitive with Alexander Sims in 2012-13 and Nick Cassidy, a podium finisher at Macau last year, and can also count Sergio Perez among its alumni.

Egor Orudzhev confirmed to continue with Arden in 2016