Egor Orudzhev confirmed to continue with Arden in 2016 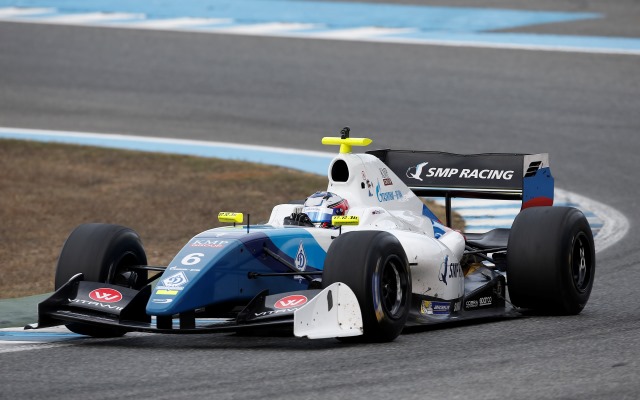 Egor Orudzhev will continue with the Arden Motorsport team in Formula 3.5 V8 for a second season after winning two races in 2015.

The SMP-backed Russian picked up victories at the Hungaroring and Le Mans on his way to fifth in the standings this year, after stepping up from Formula Renault 2.0.

He has continued to drive with Arden throughout post-season testing in preparation for a title assault in the renamed series in 2016.

?I am delighted to be with Arden again for another season,” he said.

“Next year could be a very good year, I am aiming to fight for the top three positions at every round and of course fight for the championship.

“I have good knowledge of the car now and working with the team, so I am more confident going into a second season. It will be good to continue in the manner that we finished the 2015 season.”

Arden’s Julian Rouse said: ?It?s great to have Egor back with us next season in F3.5 V8.

“He was a revelation in the 2015 season winning two races, I think it has opened people?s eyes to his talent and also shows the high level that our team works to as it is was the second season in a row we had fantastic results with a rookie driver.

“If we can build on the consistency which naturally comes in a drivers second season in a category, then the championship title is definitely a realistic target.”

Arden fielded new FR2.0 graduates Jack Aitken and Kevin Jorg in its second car over the course of the Jerez and Aragon tests, before trialling Markus Pommer and Antonio Fuoco at Barcelona last week.