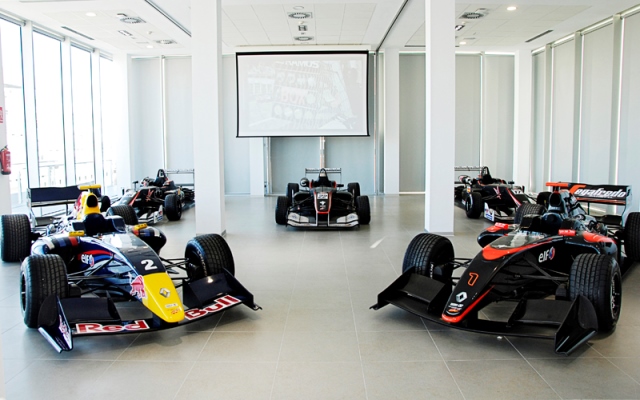 Spanish businessman Teo Martin took over the 3.5-litre cars and entry of DAMS when the French team quit the series at the end of the 2015 season following Renault’s withdrawal.

Martin’s team has now incorporated the operation founded by ex-Formula 1 driver Emilio de Villota, and will therefore compete in F3.5V8, Euroformula Open and the International GT Open in 2016.

It won the GT series – which is run under the same umbrella as Euroformula Open – this year with Portuguese duo Alvaro Parente and Miguel Ramos.

The de Villota squad claimed a single Euroformula Open win in 2015 with Yu Kanamaru, who went on to do three rounds in the 3.5-litre series with Pons Racing.

Emilio de Villota Jr, in addition to running his father’s team, has also been the team manager of the Pons squad but has now given up that role in order to oversee Martin’s programmes across all three series.

F3.5V8 will run alongside GT Open and/or Euroformula Open at six events in 2016 after moving away from the World Series by Renault.

“The arrival of our team at Teo Martin Motorsport is a great opportunity to aspire to higher sporting goals and share this ambitious project with the passionate promoter and patron Teo Martin and his dedicated team,” said de Villota Jr.

“We are eager and excited and now we have much work ahead and a pre-season that has just begun.”

Unlike fellow new entries Spirit of Race and RP Motorsport, Martin’s team has not yet tested in F3.5V8.