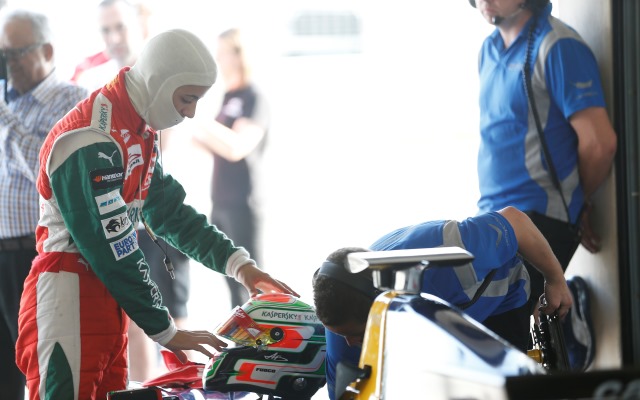 Antonio Fuoco will drive for Carlin as he moves into the GP3 Series this season.

After finishing fifth in the FIA F3 European Championship last year, the Ferrari Driver Academy member tested for Carlin, ART and Koiranen as he prepared for a switch into the Formula 1 support series.

The 18-year-old previously won the Formula Renault 2.0 Alps title in 2013 in his rookie season in car racing.

“I am so happy about this new venture,” said the Italian, who follows in the footsteps of 2014 GP3 champion Alex Lynn by moving across from F3.

“Together with Ferrari Driver Academy and my management, I have decided to switch category and face this new challenge by competing in the GP3 Series. I tested the car last November in Abu Dhabi and I immediately found the pace I need to be on top of the grid. Being part of such a successful team such as Carlin gives me the necessary tool to achieve important results.?

Team boss Trevor Carlin is pleased to have a Ferrari protege join his squad as they look to retain the titles they won last year.

“We are extremely pleased to welcome Antonio to the team,” said Carlin.

“He did a great job in testing with us in Abu Dhabi and we?re very grateful to the Ferrari Driver Academy for trusting us with this next stage in Antonio?s career.

“Our only aim is to win our second consecutive team and drivers? titles in GP3 and with Antonio we believe we already have one driver who is capable of that.? We look forward to working with Antonio in the next few months to prepare the strongest start possible for the season.?

Fuoco is the third driver confirmed for the 2015 GP3 season, following Alfonso Celis at ART and Luca Ghiotto at Trident.

Marschall, Lappalainen and Amweg among entrants for Audi’s TT Cup