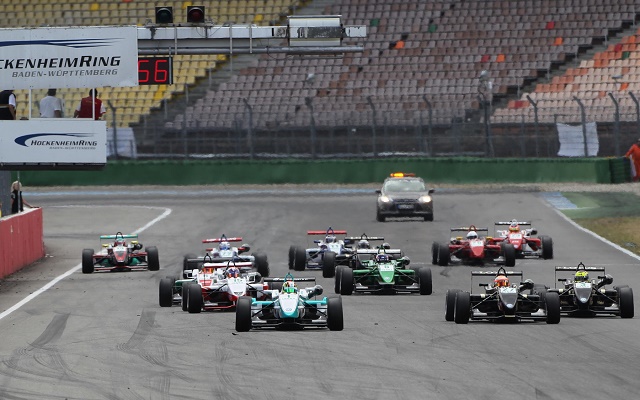 The 2015 season of the German F3 series will not be taking place, the series organizers have announced.

The championship, which has run every year since 1964, was set to continue as German Formula Open due to FIA’s crackdown on the use of the ‘F3’ name.

However, the rebranded series was not able to ensure enough participants, something which the organizing Formula 3 Association has pinned on the ‘test restrictions’ levied by FIA on the teams looking to take part in the German series alongside European F3.

The organizers are adamant that the series is not folding and will be looking to revive it in the future.

“With a heavy heart, we have decided not to take the incalculable risk and not to hold the 2015 German Formula Open,” stated Formula 3 Association chairman Andreas Meyer. “Nonetheless, we will continue working in order to fulfil the principles of the statues of the Association and to support Formula 3 racing in Germany.”

EuroInternational had previously pledged support to the rebranded championship, announcing Nicolas Beer as their 2015 driver. However, other FIA F3 teams Van Amersfoort Racing and Motopark looked set to pull out, significantly cutting down the grid numbers.

German F3’s sabbatical is the most recent in a series of crises for national F3 championships. Italian F3 folded in 2012 to pave way for FIA F4, while British F3 collapsed after a season of small grid numbers in 2014.