Amweg fastest of practice day at Spa in Eurocup 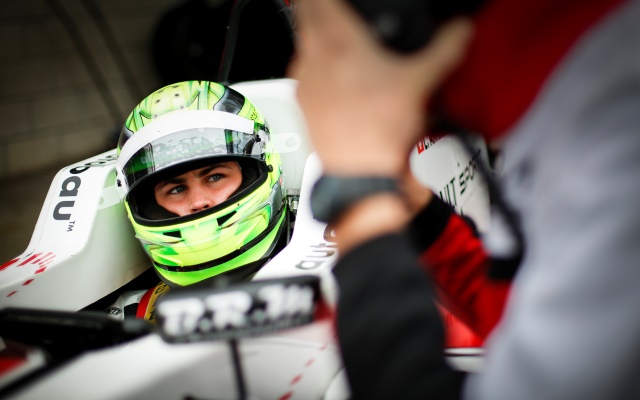 Levin Amweg set the fastest time of the two free practice sessions ahead of the second round of the Eurocup Formula Renault 2.0 this weekend at Spa-Francorchamps.

The Swiss driver, who finished 12th and fifth in the opening round at Aragon, posted his time of 2:17.996s in the afternoon session after KTR?s Alexander Albon had been fastest in the morning run out.

It was Albon again who was showing pace by trailing Amweg in the second practice by a gap of just 0.009s, with Nyck de Vries in third ahead of Prema Powerteam?s rookie Dennis Olsen who continues to show strong pace.

Olsen was faster than team-mate Bruno Bonifacio in fifth while Louis Deletraz,who has joined the AVF team for the second round, managed to record the sixth-fastest time. Kevin Jorg of Josef Kaufmann Racing and Fortec Motorsport?s Matt Parry were in seventh and eighth respectively.

The experienced Steijn Schothorst, who narrowly missed out on points in the first round, was ninth fastest with ART Junior Aurelien Panis rounding off the top ten in the faster session.

In the morning session, slower by almost eight-tenths-of-a-second, Albon set the pace followed by De Vries in the Koiranen car. 17-year-old Deletraz suggested he may be quick this weekend by being present in the top ten in both sessions while JD Motorsport rookie?Matevos Isaakyan was fourth fastest.

Raoul Owens, entering the round at Spa with Mark Burdett Motorsport, impressed with the fifth fastest time ahead of another guest entrant with the BVM Racing team, Dario Capitanio.

Owens? team-mate Jake Hughes also made the top ten for the first collective test with a time faster than Bonifacio and the man with the two fastest laps in Aragon, Egor Orudzhev of Tech 1.

Ocon sees off Blomqvist to take Hungaroring race one pole