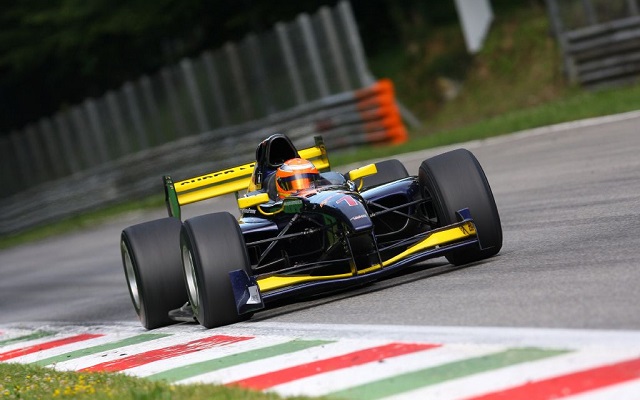 Super Nova International’s Markus Pommer took his second pole position in a row in Auto GP, topping qualifying for round four at Monza.

Pommer, who sits third in the standings, was quickest in the first qualifying session and then went half a second better in Q2, ensuring pole.

Zele’s Christof von Grunigen was the only other driver to dip below 1:35 and, as such, will join Pommer on the front row for his Auto GP debut.

Eurotech’s Kevin Giovesi was third and will start on row two alongside Michela Cerruti, who repeated her career-best qualifying result from Hungaroring.

Practice pacesetters Tamas Pal Kiss and Andrea Roda were only fifth and sixth respectively, ahead of the Japanese duo of Shinya Michimi and Yoshitaka Kuroda.

Francesco Dracone, Loris Spinelli and Samin Gomez were the three drivers who failed to go past Q1 and will start 11th, 12th and 13th.

Amweg fastest of practice day at Spa in Eurocup