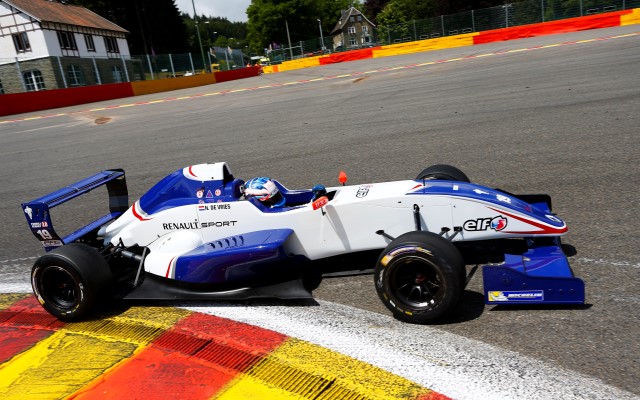 The 19-year-old set the fastest time in Group A and will start from the front as he has done four times in six races in the Formula Renault 2.0 ALPS category.

The Dutchman will be joined on the front row of the grid by Josef Kaufmann Racing?s Kevin Jorg, who set the pace in the Group B qualifying session. Prema Powerteam rookie Dennis Olsen will start from third on the grid alongside ART Junior Callan O?Keeffe, who will be looking for some good luck after his two retirements in Aragon.

Race winner from weekend one, Andrea Pizzitola of Manor MP starts from ninth while his fellow Frenchman, Aurelien Panis of ART Junior rounds off the top ten.