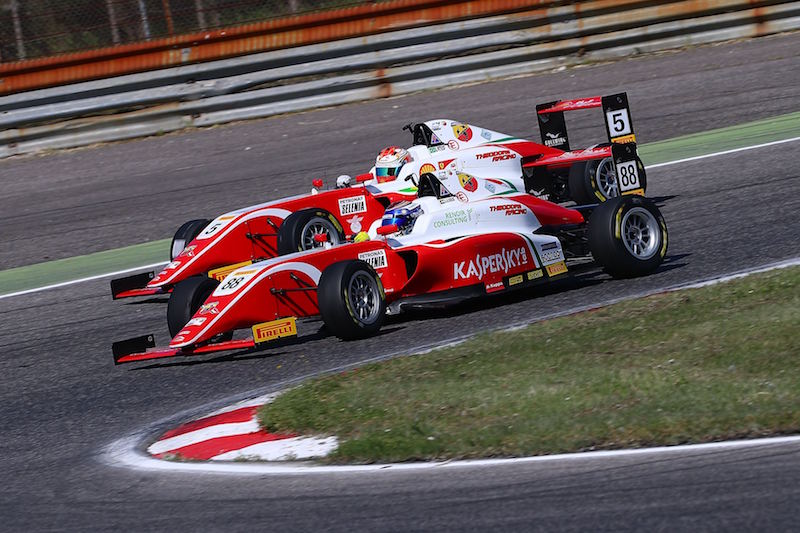 Amna Al Qubaisi is making her long-awaited car racing debut with Prema at the opening round of the Italian Formula 4 season at Adria this weekend.

The 18-year-old has since been testing F4 machinery with the team, mostly at her home circuit Yas Marina, but after joining an Italian F4 collective test at Adria last month, she is now racing alongside Enzo Fittipaldi, Gianluca Petecof and Olli Caldwell at Prema this weekend.

?I?m so excited about the 2018 season of the Formula 4 Italian championship,” said Al Qubaisi.

“I have been training hard with Prema Powerteam and I feel ready ahead of my debut season.

“I am a rookie in this format of racing, but that does not mean I won?t be pushing hard.

“I aim to learn more and prove myself in one of the most important F4 championships in the world that has a huge grid.”

Prema team boss Angelo Rosin said: “I?m delighted to welcome Amna to her first race weekend after the tests we did together.

“It will be her first outing in a challenging environment, but we will give our 100 percent to make her feel comfortable from the very beginning.”

Al Qubaisi placed 16th and 25th out of 31 drivers in two four-hour testing sessions at Adria on Friday, before coming 14th and 27th in two practice sessions on Saturday morning.

Gregoire Saucy led both Friday sessions for Jenzer Motorsport, and was quickest in FP2 after coming second to Prema’s Enzo Fittipaldi in FP1.

The 31 drivers entered for the season-opening round contrasts to the 19 that took part in the final event of 2017.

Among them is former BRDC British Formula 3 star Toby Sowery, who has extended his development role with Monisha Kaltenborn’s KDC Racing team to include selected starts in the Italian and German series.