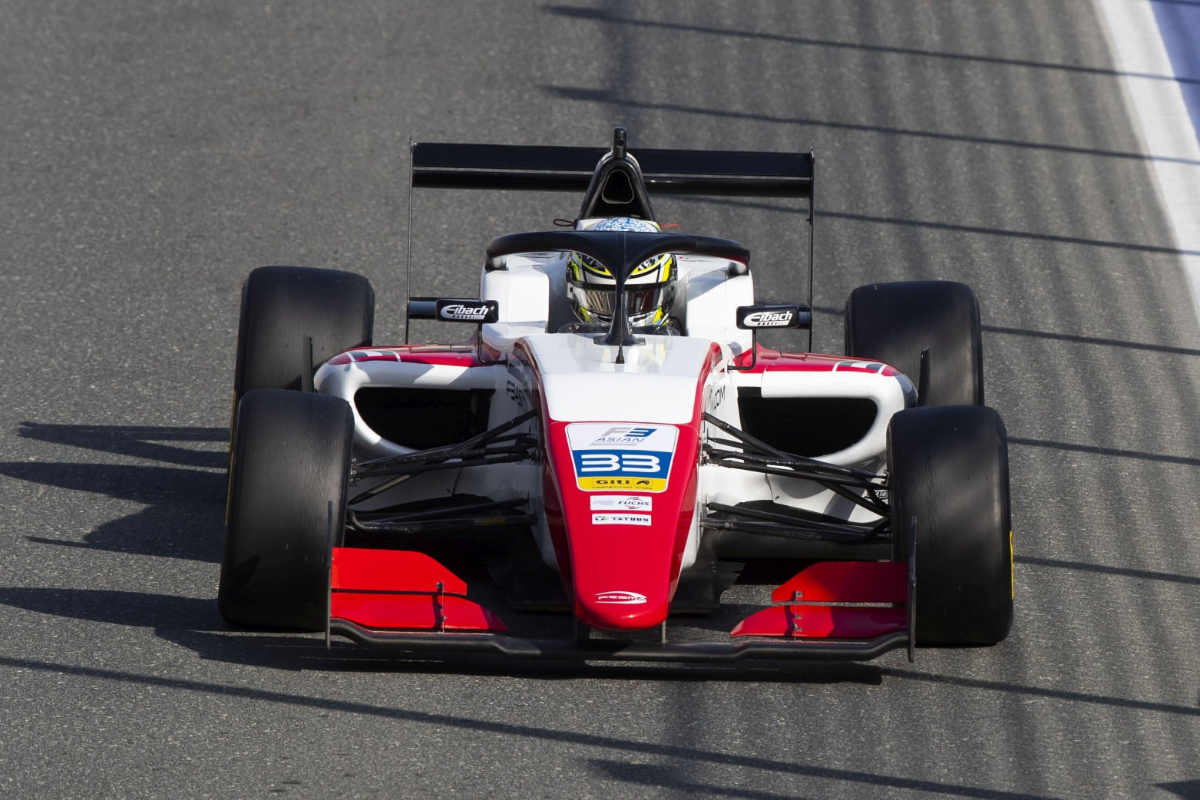 The fastest laptimes in the first qualifying session were set towards the beginning, with Pinnacle Motorsport’s points leader Chovet leading the way on the first flying laps and then Zhou going quickest on the second.

From then on there was no change or improvements at the top of the timesheet, with the most noticable rise up the grid being Mumbai Falcons’ Jehan Daruvala rising from sixth to fourth with two minutes of the session to go.

Patrik Pasma was the top Evans GP driver in seventh after topping pre-event testing, and in the final five minutes the debuting David Vidales rose up to eighth for Abu Dhabi Racing by Prema.

Hitech pair Reece Ushijima and Roy Nissany were the last two drivers to get faster, with Ushijima bringing himself up to ninth place and Formula 2 driver Nissany up to 11th ahead of Evans GP’s F3 debutant Alex Connor.

The second qualifying session was red flagged before any drivers had set a flying lap, and in the fairly short gap before action got underway again Zhou was summoned to the stewards.

He was then the driver to beat once drivers did put some laps down, with his first effort putting him straight into first place by half a second ahead of Iwasa and Chovet.

Once again there were few improvements as the session went on, and the next positions behind the top three were filled by Pasma, Faria and Vidales.

Zhou’s F2 rivals Daruvala and Nissany were ninth and 10th, while there was no sign of Pinnacle’s Matthias Luethen, who had signed to contest the full season.