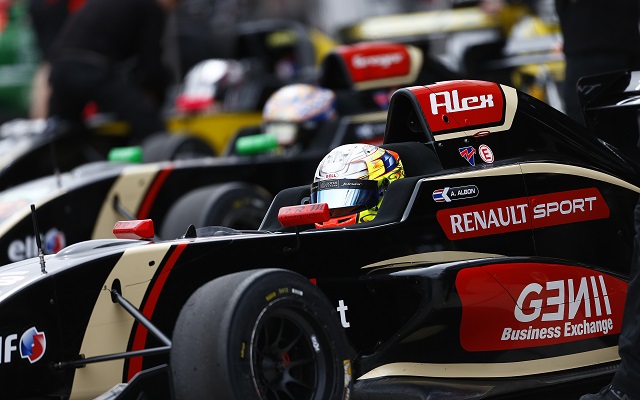 Thai racer Alexander Albon secured his first pole position of Formula Renault 2.0 the season by topping the group B qualifying session at the Nurburgring.

The KTR man sat at the top of the timesheets with two minutes remaining on the clock when the foggy conditions prompted a red flag and led to a premature end to the session.

Albon will be joined on the front row by championship leader Nyck de Vries, who comfortably topped the first group under significantly slower track conditions.

De Vries’ Koiranen GP teammate Nick Cassidy will start from P3 as the Kiwi looks to secure his first podium of the season. Andrea Pizzitola of Manor MP will start alongside him, having vaulted to second in Group A with a last-second lap.

The third row will be made up of Fortec rookie Jack Aitken and ART?s Levin Amweg, with consistent point-scorer Egor Orudzhev lining up seventh on the grid. Matt Parry will start from eighth ahead of Ignazio D?Agosto and another Fortec rookie in Charles Leclerc.