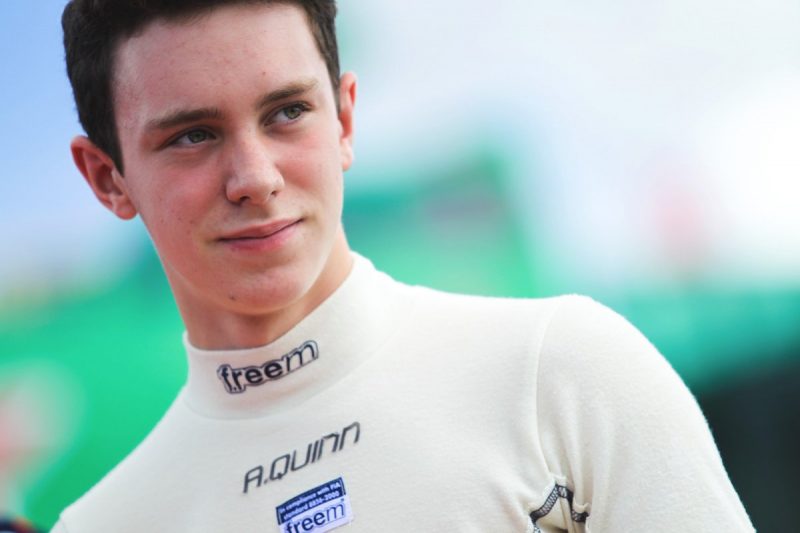 Alex Quinn will return to single-seaters with his old British Formula 4 team Arden for the next three rounds of the Formula Renault Eurocup, in place of Sebastian Fernandez.

Clashing FIA Formula 3 Championship commitments with Campos Racing means Fernandez is unable to contest the Eurocup races at the Nurburgring, Hungaroring and Barcelona, but should return to his seat for Hockenheim and Abu Dhabi.

After two years spent mostly in British F4, where he won seven races and the 2016 Rookie Cup title, Quinn entered one round of BRDC British F3 and finished 30th in British GT4 last year.

?I am more than excited to jump into the Formula Renault and get started. After being out of the seat for a while now, I can?t thank everybody at Arden enough for trusting me,? said Quinn.

?It?ll be a steep learning curve for sure, but now I need to go out and do the business on track, starting this weekend at the Nurburgring.?

Arden joined the Eurocup in 2017, and won once in its debut season with Dan Ticktum at the Hungaroring. It’s struggled since, although had its strongest race since that win in the most recent Spa-Francorchamps round where Fernandez finished third and team-mate Patrik Pasma in sixth.

?Firstly, I know everybody at Arden is very pleased to have Alex back in the driving seat as a substitute for Sebastian over the next few meetings,? Arden’s Eurocup team manager Ben Salter said.

?Jumping into the Formula Renault mid-season presents several challenges, but Alex has shown time and again in other categories that he has what it takes.

?Building up to be competitive will be the main focus over the three weekends, as well as adapting to the car and three new circuits for him on top of that. All being well, he should have a good run, and we look forward to working with him again.?