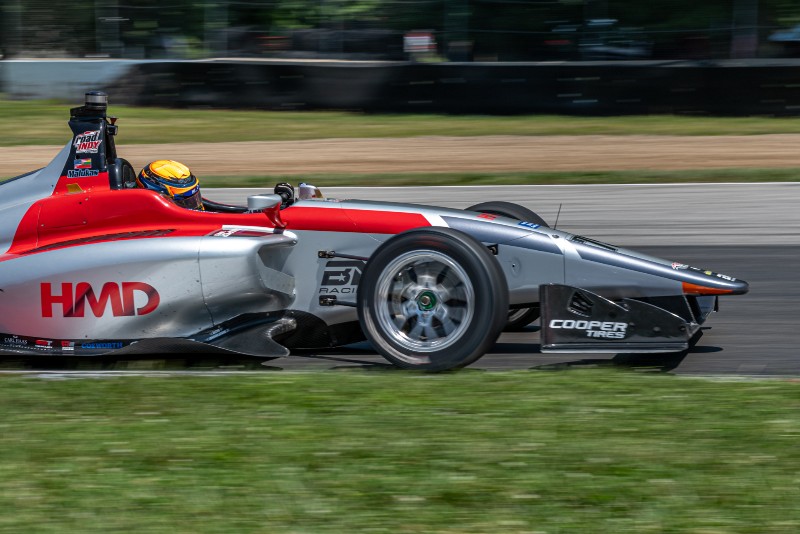 Indy Lights team BN Racing has changed its name to HMD Motorsports ahead of this weekend’s race at the Gateway oval.

The Indiana-based team, now led by John Cummiskey and run out of his workshop, joined the Road to Indy ladder in 2017 for a part-season in USF2000. Its main driver David Malukas finished 10th in the standings, and has remained with the team since.

Last year it expanded into Indy Pro 2000, the next rung up on the RTI ladder and with the same mechanical underpinnings as USF2000.?Malukas finished fourth in IP2000 with three wins, with one-off team-mate Toby Sowery also making the podium.

The IP2000 programme stopped ahead of this season, with the team entering Indy Lights instead with Malukas and Sowery – currently sixth and fourth in the standings.

?We have had some changes within the team including a rebrand to HMD Motorsports as well as the addition of several key people,? explained team manager Cummiskey.

?Geoff Fickling has taken on the role of lead Engineer and my crew and I have been able to overhaul both Indy Lights machines.

“We have added full-time staff to the program but it has all been in a very positive direction. There was a lot of work to be done but to finish the test last Thursday first and second on the speed charts was well worth the sweat and long hours.?

Sowery and Malukas were fastest in last week’s test at Gateway, which marked Malukas’s first running on an oval since his scary Freedom 100 crash in May. For the first 13 races, Sowery has raced as a joint entry for BN Racing and Team Pelfrey, which competed in its own right for three races last year.

?The boys did a great job behind the wheel, and we were able to try a lot of items on our test list,? explained Fickling.

?With so many new people in new roles, it was nice to end the day on top and see the team gel as much as they did. There is still a lot of work to be done, but we are working to make HMD Motorsports a race winner in 2019 and a title contender in 2020.?