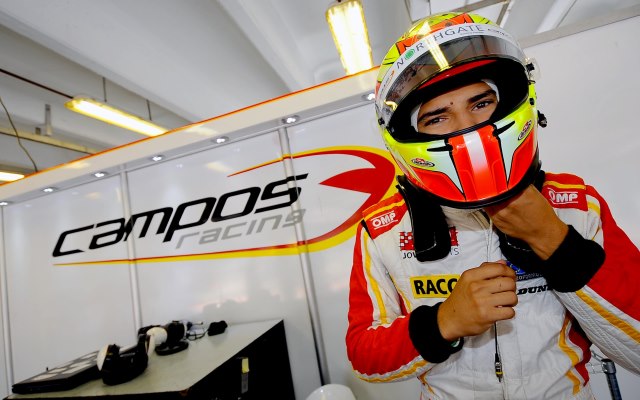 Euroformula Open star rookie Alex Palou will compete in BRDC F4 this weekend at Silverstone with the SWR team.

The 17-year-old Spaniard replaces Nicolas Beer, and joins Jordan Albert and Diego Borrelli in the team owned by Sean Walkinshaw, a team-mate of Palou at Campos Racing in Euroformula. Borrelli, like Palou, is managed by Adrian Campos.

Making the step out of karting this year, Palou won the opening race of the Euroformula Open season at the Nurburgring from pole position, and added a second victory at the Hungaroring. His most recent races were at Silverstone, where he took a pair of second-place finishes. He sits second in the standings.

“I am very happy to be driving for Sean and I will work as hard as possible to give the team the results they deserve,” said Palou.

“I?ve heard a lot of good things about the championship and the level of? competition will be very high so I am really looking forward to making my BRDC F4 debut.”

Walkinshaw added: “We?re looking forward to getting Alex into the car at Silverstone. His results in Euroformula Open speak for themselves and we hope he can carry that form over into a new category. He hasn?t driven the car yet so he will have some acclimatising to do in Friday testing, but we are confident he?ll be quickly up to speed and challenging for the podium.”

Danish driver Beer moved to the UK series this year after finishing fourth in ADAC Formel Masters but – despite a promising start with a second place on his debut – now lies a disappointing 13th in the standings. Albert and Borrelli are 12th and 17th respectively.

Among the drivers Palou will face at Silverstone this weekend include his former karting rival George Russell, who leads the standings.