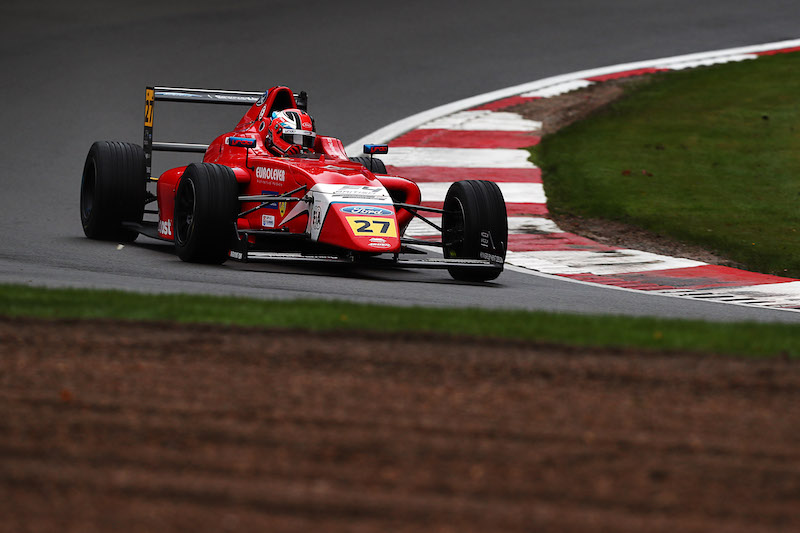 British Formula 4 polesitter Alex Connor is one of four drivers to have committed to the F4 UAE round that will support this year’s Abu Dhabi Grand Prix.

The Young Racing Driver Academy member and Arden driver missed the opening British F4 round this year due to being underage, but proved competitive and ended his season with two poles and a podium to take ninth in the standings.

Connor will race for Xcel Motorsport, the team which ran him during his karting career and won both F4 UAE titles this year.

?We are delighted to welcome Alex Connor back into the team for the F4 UAE Trophy event,” said Xcel team manager Paul Hardy.

“Alex started his racing career with us when he was eight years old. It?s great to see how much he has developed since then.

“To now see Alex back racing with us is great, we wish him all the best and will be giving him the best support in order for him to achieve the results that he is looking for.?

Mucke Motorsport will field Nico Gohler for a second successive F4 UAE season, in preparation for a return to ADAC F4 in 2020.

Italian F4 racers and sisters Amna and Hamda Al Qubaisi will also race in the non-championship Formula 1 support round, which takes place on November 30/December 1, although no team has been named for their entries.

The remaining five F4 UAE rounds will all take place in 2020, at Yas Marina Circuit and Dubai Autodrome.