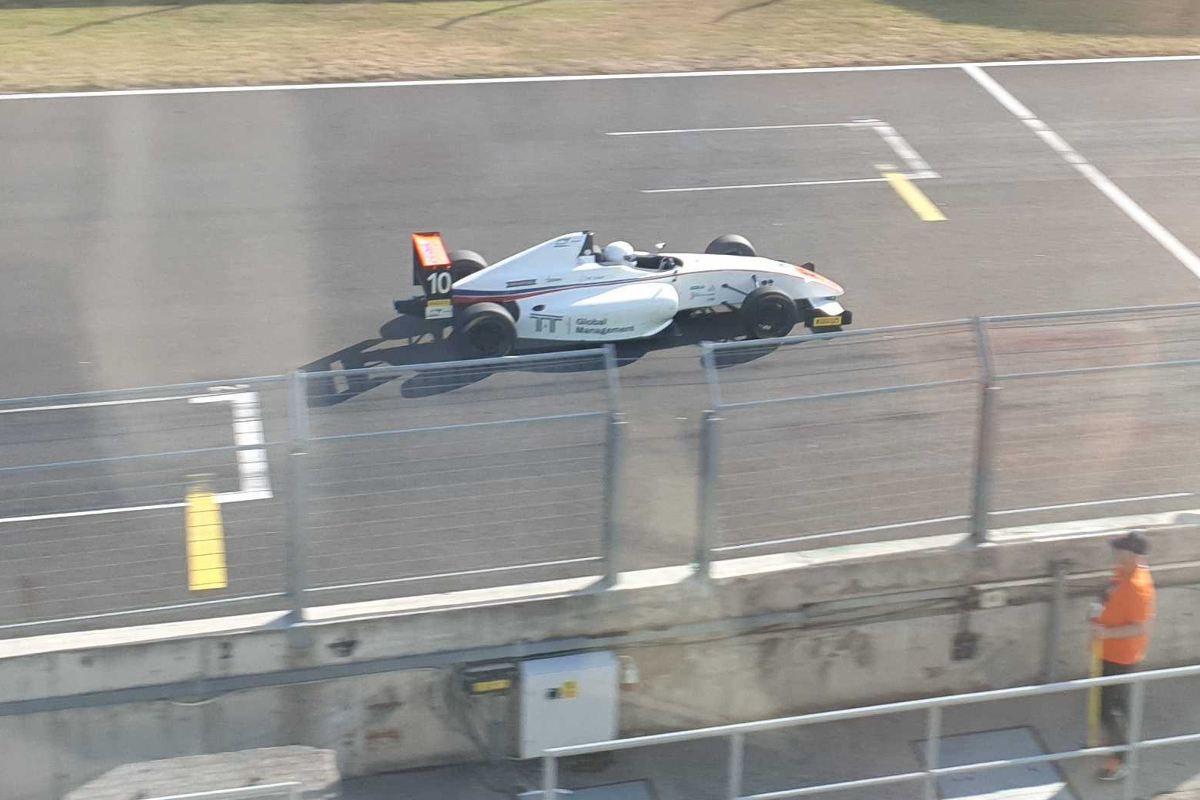 French Formula 4 Junior driver Alessandro Giusti won the reversed grid race at the Hungaroring, with his winning move coming at the start.

Enzo Geraci was the driver on pole, with the results of race one being flipped to set the grid, but a sluggish start in comparision to Giusti meant he was ahead before the first corner.

Once he got the move for the lead officially done after that corner, he put three quarters of a second between himself and Geraci through the rest of the lap.

He had stretched that lead to almost two seconds when on lap eight an incident involving Esteban Masson – the FIA French F4 points leader –  sent him into retirement at the turn 6/7 chicane and required a safety car intervention.

While Giusti timed the restart well to break away exiting the final corner, Geraci had already fallen behind two cars, and immediately came under pressure from two more in the remaining two laps and dropped to sixth.

Daniel Ligier finished in second, and as the top FIA classification driver. He ran in fourth at first, before putting a move on Hugh Barter on the opening lap to take third. But he was then passed by Gael Julien, with the pair locked in battle until they passed Geraci before the safety car period.

Ligier made his move to get back past Julien, and therefore second place, at the end of the race. Julien was third, Tasanapol Inthraphuvasak was fourth and Owen Tangavelou was fifth.

Barter dropped spots on lap four of 11 and never recovered them, meaning he finished seventh, while Maceo Capietto and Masson disputed eighth until Masson’s off.

The fastest lap was taken by ninth place finisher Elliott Vayron, in his second single-seater race, while Noah Andy finished less than two seconds behind him in 12th despite spinning early in the race.