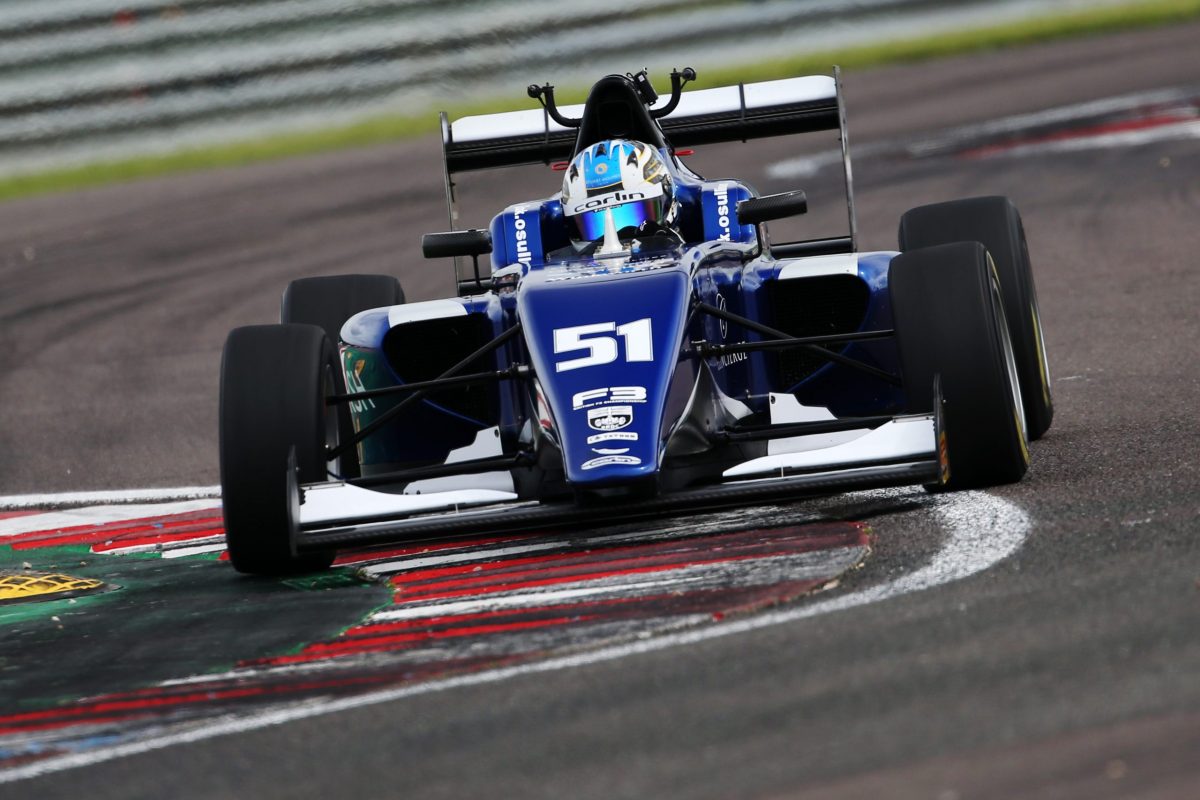 Carlin’s Zak O’Sullivan extended his BRDC British Formula 3 championship lead with a commanding victory at Donington Park as late grid penalties notably changed the grid ahead of the start.

Shortly before the first race of the weekend on Saturday, an amended grid was issued with a number of alterations following penalties applied for track limits infractions during the qualifying session.

Hitech GP’s Reece Ushijima was promoted to the front row alongside polesitter O’Sullivan and challenged at the start but the championship leader was able to get back past at the Old Hairpin and into to a lead he would not relinquish.

From there, O’Sullivan was in total control of the 12-lap race, gradually and consistently extending a lead up to just under five seconds at the flag.

Meanwhile, Ushijima found himself under pressure for much of the race from Elite Motorsport’s Javier Sagrera, who jumped Arden’s Alex Connor at the start.

Ushijima was able to eventually open up a small gap which then closed back up, while the battle between Sagrera and Connor went until the latter stages of the race as well.

On his debut in the championship, British Formula 4 regular Roman Bilinksi was fifth, just behind team-mate Connor.

Christian Mansell worked his way past reigning Ginetta Junior champion Tom Lebbon to take sixth, while Dexter Patterson and Bart Horsten had the best scrap of the race over eighth.

Horsten was due to start on the front row, but dropped back to ninth with a lap-time deleted over track limits as well as a five-place grid penalty carried over from Silverstone. He was forced out wide at the Old Hairpin early in the race and struggled to make progress back up.

It was a tough race for Chris Dittmann Racing’s Ayrton Simmons. After qualifying towards the back, he picked up a five-second penalty for exceeding track limits and spent much of the race battling with team-mate Max Marzorati over the lower positions.

He finished 15th after his penalty, just behind Roberto Faria, who dropped back from eighth on the grid after jumping the start and then stopping again.

Update: Post-race, Sagrera was handed a 10-second penalty for jumping the start and that dropped him to ninth place.