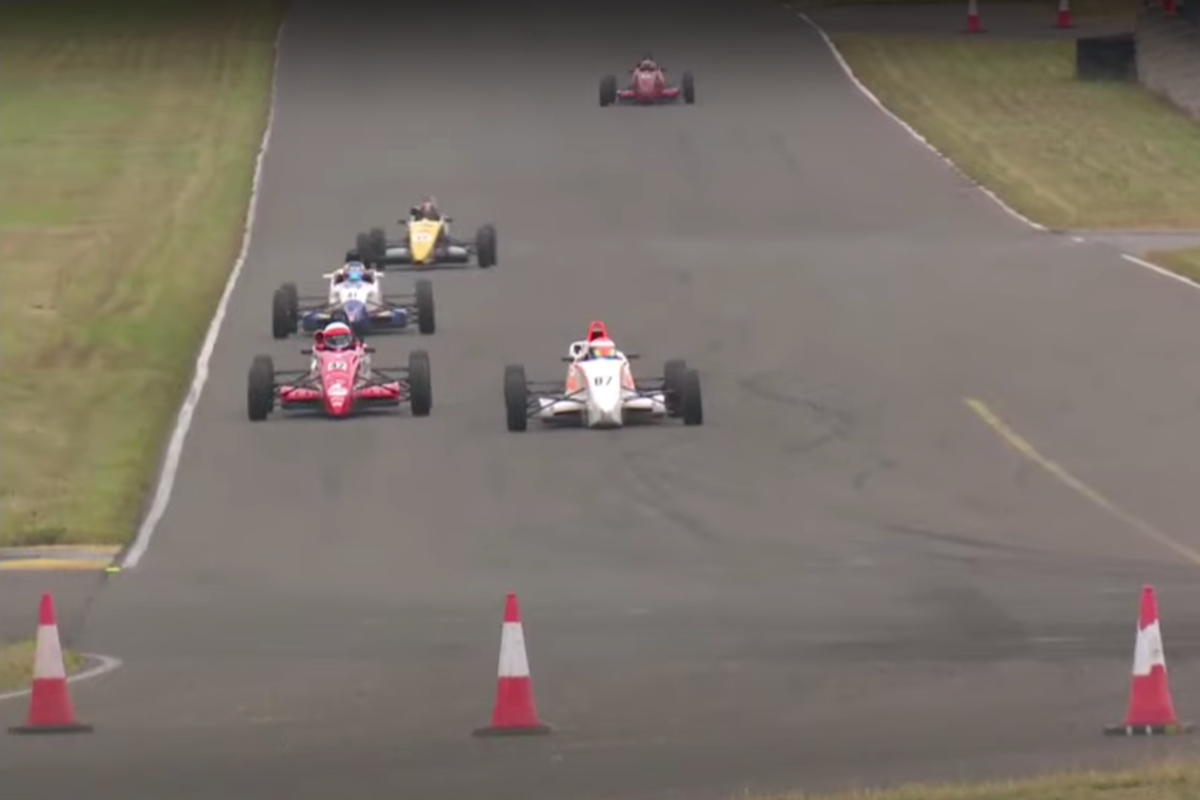 Chris Middlehurst held off Max Esterson to take his third BRSCC National Formula Ford 1600 victory of the season in the opening race of the weekend at Anglesey.

Team Dolan’s Middlehurst took the lead away from poleman Esterson on the opening lap, and resisted race-long pressure from the Low Dempsey Racing driver to take the win by 0.156 seconds.

Esterson had to settle for second, having been unable to make a move stick around the outside of Middlehurst on several occasions, but extended his points lead over Kevin Mills Racing’s Alex Walker.

Walker ran on the tail of the battling duo throughout, but a 10s time penalty for jumping start dropped him to fifth after the chequered flag.

That handed Souley Motorsport’s Jack Wolfenden third place, having finished less than 2s behind the leaders. Wolfenden was also the leading finisher in the Northern FF1600 championship class.

B-M Racing’s Jamie Sharp rose from 10th on the grid to finish fifth on the road, which became fourth with Walker’s penalty. Oldfield Motorsport’s Carter Williams was involved in an early battle with Sharp, but eventually dropped down well down the order.

Lukas Romanek came under late pressure for sixth from KMR team-mate Megan Gilkes, who had battled her way past LDR’s Andre Lafond. But a time penalty at the finish dropped Gilkes to ninth. Callum Grant was promoted to eighth as a result, with Ben Cochran rounding out the top 10.