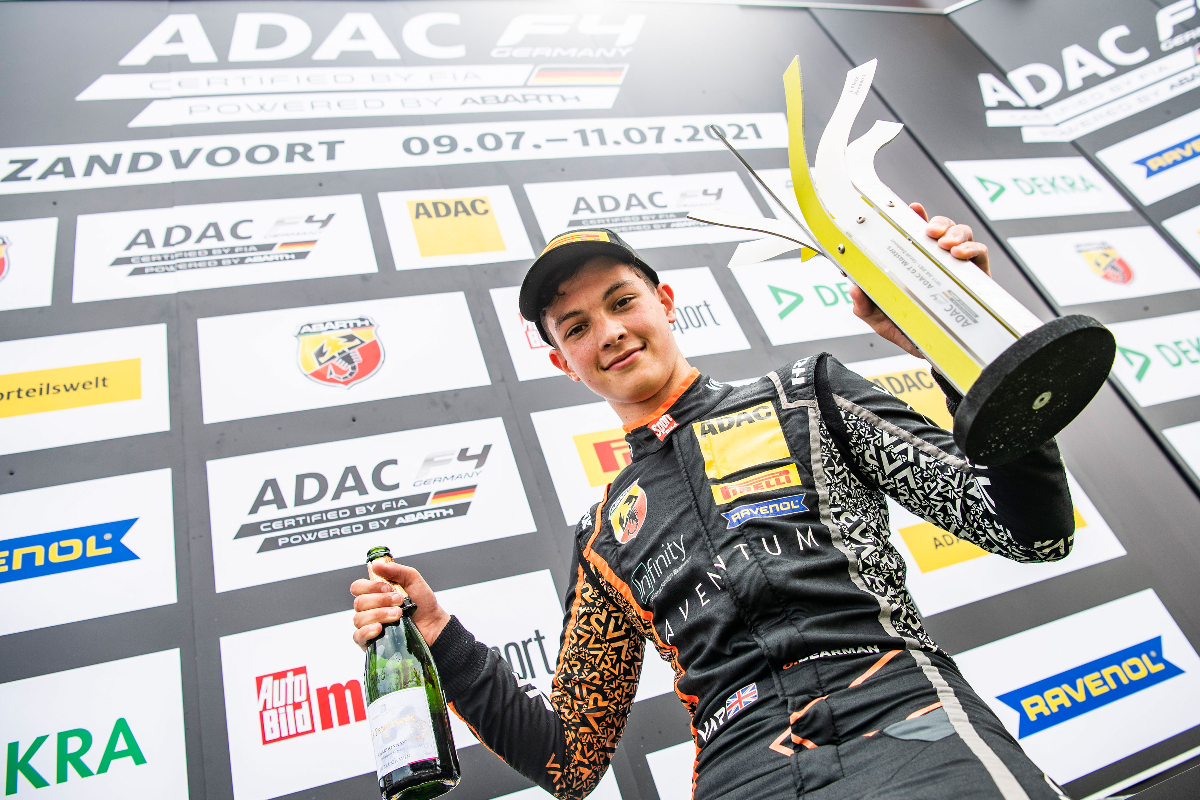 Bearman led from start to finish and had little challenge from team-mate Joshua Dufek in second.

Three safety cars disrupted running at Zandvoort, with the third coming after an incident on the second restart. There was no time to resume racing after the final incident was cleared and the race ended under yellow flag conditions.

Bearman got a good start from pole, with Dufek holding off Kirill Smal to retain second place. The top three pulled away from the rest of the field and were enjoying a quiet race until contact between Jorge Garciarce and Maya Weug left the latter stranded at the side of the track.

The first safety car of the day bunched up the field, but Bearman managed the safety car restart perfectly and had already gapped Dufek by the time they had exited turn one.

Further back, the battling Nikita Bedrin and Victor Bernier were catching Smal in third. Smal couldn’t hold off the pair and slipped back to fifth shortly before an incident for Francesco Braschi brought out the safety car again.

Braschi, running towards the back of the field, ran wide and managed to go airbourne, leaving him with damaged suspension.

On the restart, Bearman bunched the field up, waiting until the last possible moment before getting the race back underway. This caused a concertina effect further back and Taylor Bernard and Marcus Amand collided.

The safety car was brought out again and the race would not resume, with Bearman taking another win.

Further back, Sebastian Montoya spent the race recovering from a wide moment on the opening lap that dropped him back to sixth. He fell behind Tim Tramnitz and followed the US Racing driver during his climb up through the order.

Sami Meguetounif managed to jump up past Montoya on the final restart – one of the few drivers to make up positions during the brief green flag period – and the three finished sixth through eighth.

After a strong start to the race, Luke Browning dropped back to ninth ahead of Vlad Lomko.